115 patients described all over the world, 85 of which from Finland where it has been estimated an incidence rate of 1\/37000 (Karberg et al.2004). It is an autosomal recessive disorder due to homozygous or compound heterozygous mutations in the TRIM37 gene, (605073) even if sporadic cases have been reported in several ethnic groups (Jagiello et al.2003). 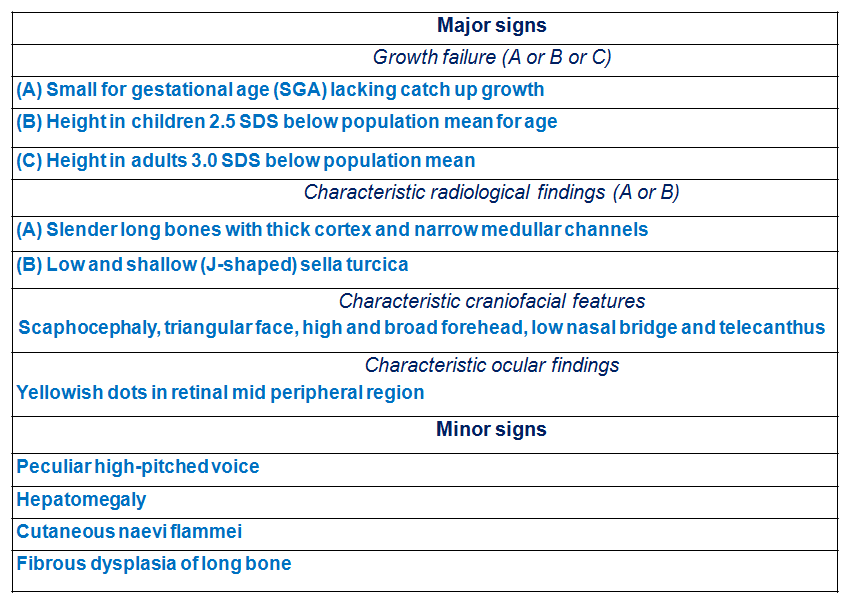 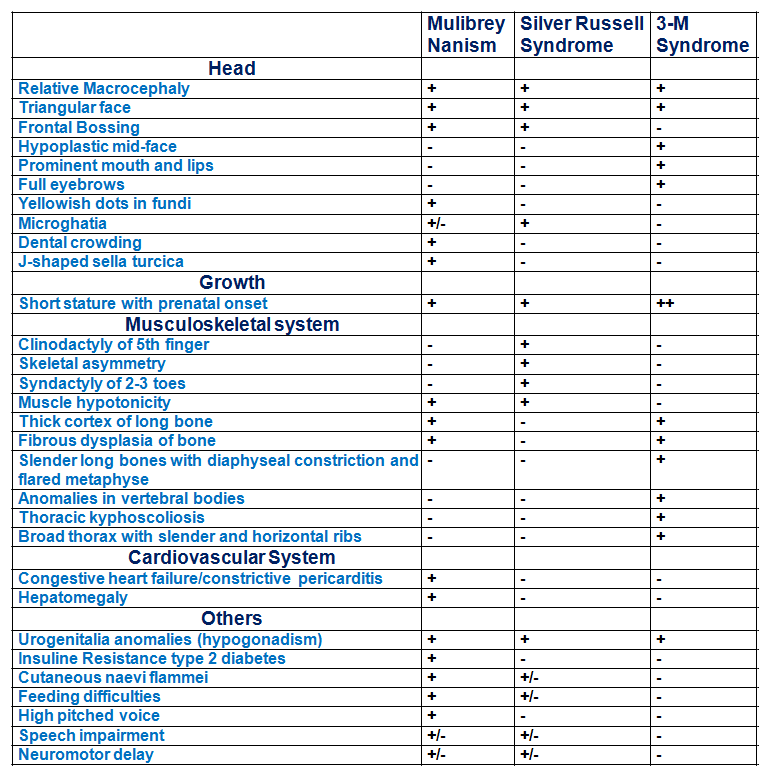 Patients with constrictive pericarditis may be treated with surgery with good results, while treatment with diuretics and digoxin may be prescribed for those affected by progressive heart failure. Hormone replacement therapy may be evaluated in children with growth hormone deficiency, delayed puberty or very irregular menstrual periods, hypothyroidism, hypoadrenocorticism and abnormal gonadal function. All females should be monitored closely for ovarian tumors, especially in presence of premature ovarian failure (Hamalainen et al., 2006; Karlberg et al. 2006; Karlberg et al. 2009).

Growth failure usually progresses during early infancy; after 10 years of age blood fasting glucose levels tend to increase; the diagnosis of Wilmstumour is usually close to 1 year of age, while after puberty all female should undergo to a gynaecological follow-up; GH replacement therapy seems to have better short term effects than on the final adult stature (Kalberg et al.2004; Kalberg et al.2007).

A certain number of breast cancer cell lines show amplification of the 17q22-23 chromosome region, resulting in an overexpression of TRIM37 gene which acts as a promotor of cellular transformation by silencing onco-suppressor genes .

Northern blot analysis shows two transcript: the first-one, TRIM37a of about 4.5-kb and the second-one, TRIM37b of approximately 3.9 kb.

This pleiotropic gene contains 4488 nucleotides from 24 exons. The encoded protein is a peroxisomal member of the tripartite motif (TRIM) family including a zinc-binding domains, a RING finger region, a B-box motif and a coiled-coil domain. TRIM37 is related to some Polycomb group (PcG) multiprotein PRC2-like complex and monoubiquitinates histone H2A, mediating an epigenetic transcriptional repression of target genes( Bhatnagar et al 2014).

The results of tissue-specific expression levels of both transcripts TRIM37a and TRIM37b measured in multiple tissue cDNA panels by qPCR also show that TRIM37a is ubiquitously expressed with higher levels in testis and brain, whereas TRIM37b is mainly expressed in testis. In addition tissue level expression is slightly higher in fetal than in adult tissue (Hämäläinen et al. 2006).

To date 23 TRIM37 gene mutations have been reported as pathogenic variants and 18 of those have been associated to mulibrey nanism phenotype. The most common Finnish mutation is a 5 bp deletion resulting in an aberrant splicing site that causes frameshift with induction of a stop codon 10 codons downstream. Compound heterozygosity for two different mutation has also been found (http:\/\/www.ncbi.nlm.nih.gov\/clinvar)