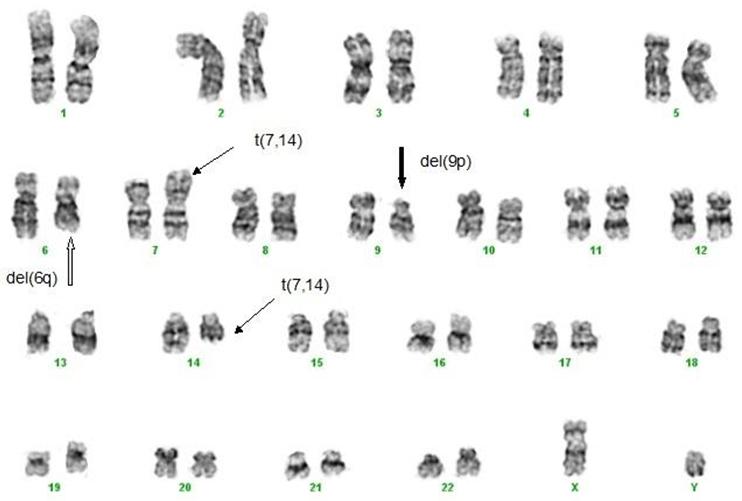 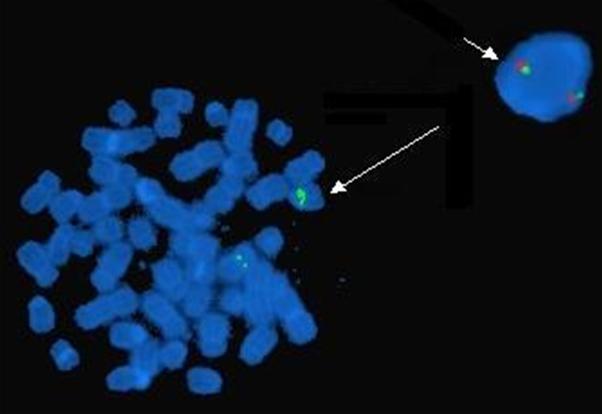 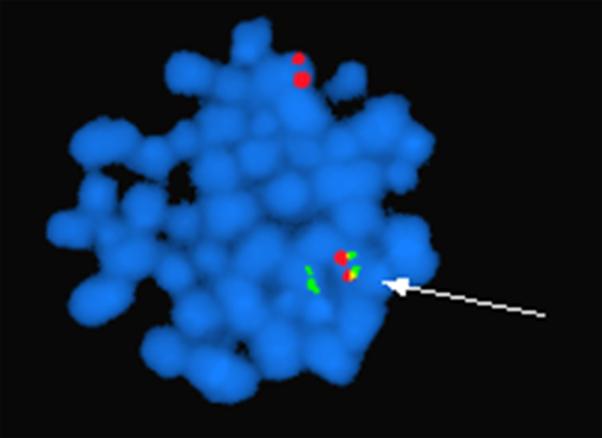 Comments
In summary, the t(7;14)(p15;q11.2) translocation is extremely rare resulting in an aberrant juxtaposing of HOXA-TCRD genes. Therefore, TCRD/14q11.2 may consider as a new variant partner for activation of HOXA/7p15 in T-ALL. Although the expression of HOXA genes was not tested in the present case, we assume it was upregulated as documented previously in HOXA-TCRD case and HOXA-TCRB cases.