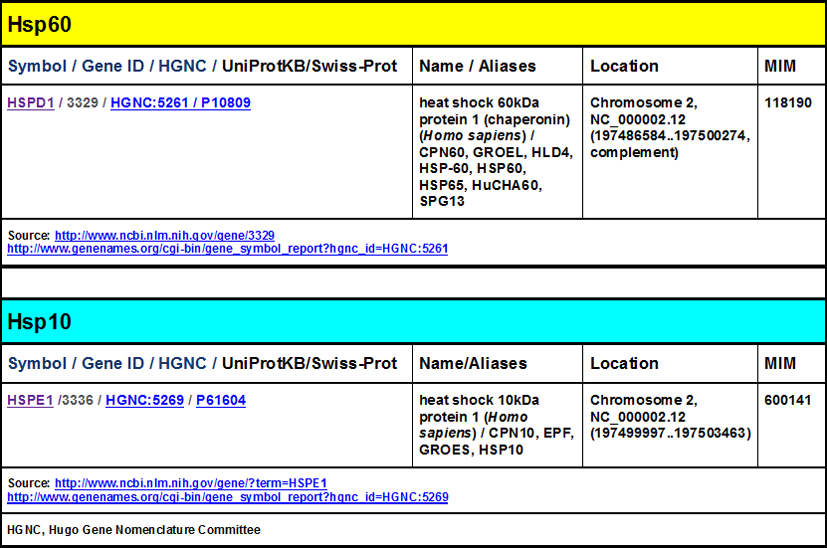 The HSPD1 gene encodes a protein known as HSP60 or Hsp60, also commonly referred to as Cpn60. This protein is a molecular chaperone typically localized inside mitochondria where it forms a chaperoning machine with HSP10 (encoded by the HSPE1 gene), also called Cpn10, to assist protein folding inside the organelle. Hsp60 also occurs in the cytosol, plasma-cell membrane, intercellular space, and blood. Its functions in all these extramitochondrial locations are poorly understood. While the canonical functions of Hsp60 are considered to be cytoprotective, anti-stress and maintenance of protein homeostasis, other roles are currently being investigated. For example, Hsp60 participates in the pathogenesis of diseases in various ways in certain types of cancer, and chronic inflammatory and autoimmune pathological conditions. These are considered chaperonopathies by mistake, in which a normal chaperone (normal at least as far as it can be determined by current methods to study the structure of a molecule available only at extremely low concentrations and quantities) turns against the organism instead of protecting it, favouring the growth and dissemination of cancer cells, or the initiation-progression of inflammation, for instance. In addition, Hsp60 mutations cause at least two types of severe genetic chaperonopathies. All this knowledge is expanding nowadays clearly pointing to Hsp60 as a potential target for chaperonotherapy by replacement when it is defective or by inhibition when it is pathogenic. 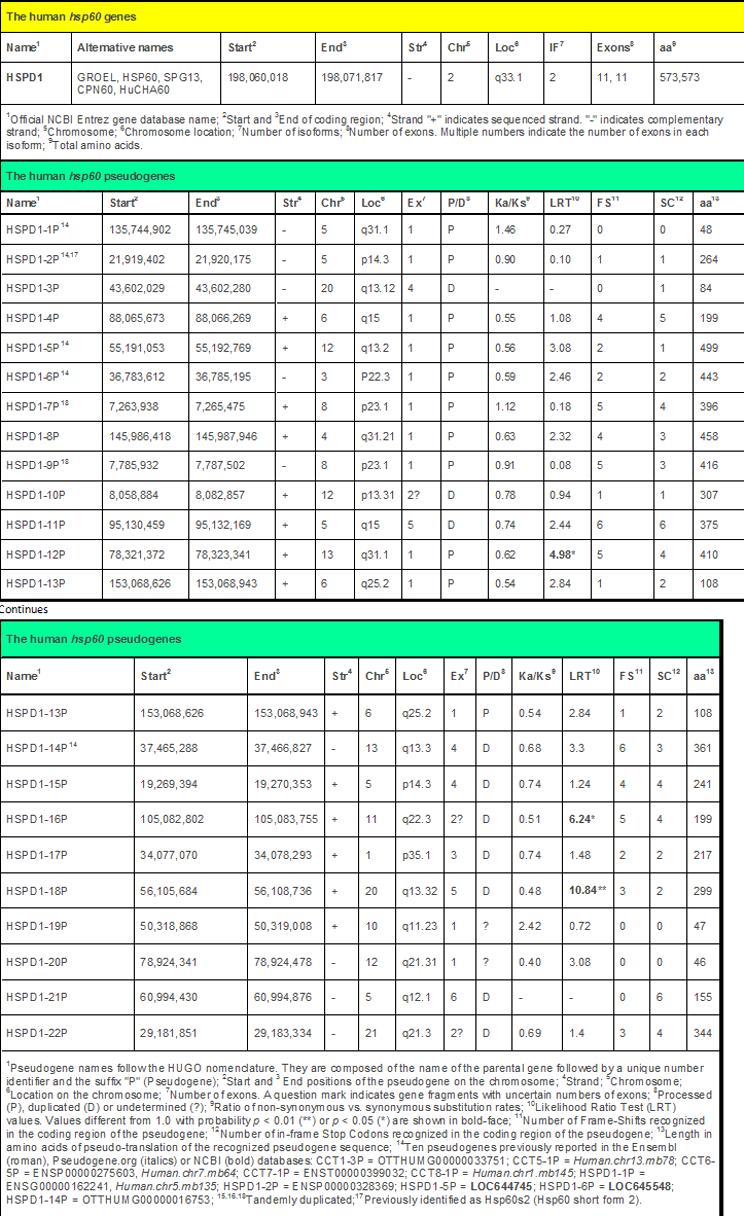 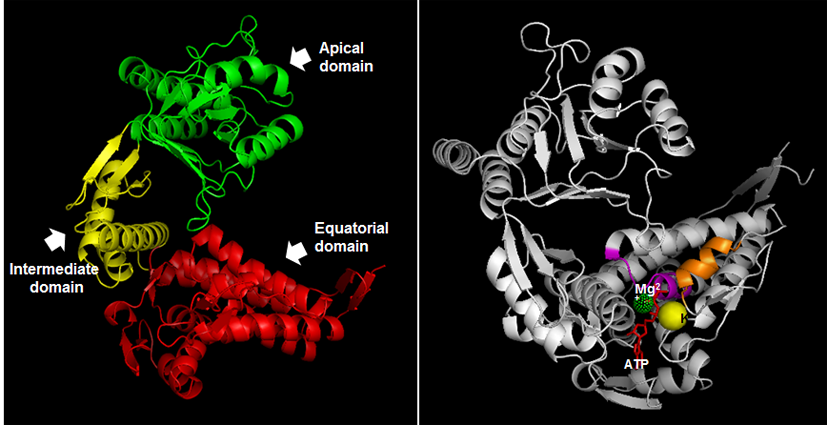 The HSP60 consists of 573 amino acids corresponding to a molecular weight of 61.05 kDa (Mukherjee et al., 2010). The HSP60 protein are abundant proteins of eubacteria genomes and mitochondria in eukaryotes, and also occurs in other locations, such as the cellular cytosol, plasma-cell membrane, and extracellular space (including blood) in eukaryotic organisms.
HSP60 belongs to the chaperone subgroup called chaperonins, of which two varieties are known: chaperonins of Group I and chaperonins of Group II. The former include the human HSP60 typically present in the mitochondria (but also occurring in other locations as described above) and the bacterial GroEL. Chaperonins of Group II include the archaeal thermosome subunits and the cytosolic chaperonin CCT (Chaperonin-containing TCP-1). The human HSP60 and the bacterial GroEL form oligomers: seven monomers associate to form a ring and two rings associate end to end to build a large chaperoning machine of fourteen subunits, all identical. This tetradecamer is the HSP60 functional chaperoning complex that associates with Hsp60 and requires ATP and ATPase activity for the folding of substrates (Cappello et al., 2014).

HSP60 expression is virtually ubiquitous, since it can be found in cells of different tissues and organs, including immune system, epithelial tissue and other cells (Cappello et al., 2011a). However, sometimes its levels can be under the threshold of detectability by immunomorphology or immunoblotting. It can also be found in the blood (Shamaei-Tousi et al., 2007). 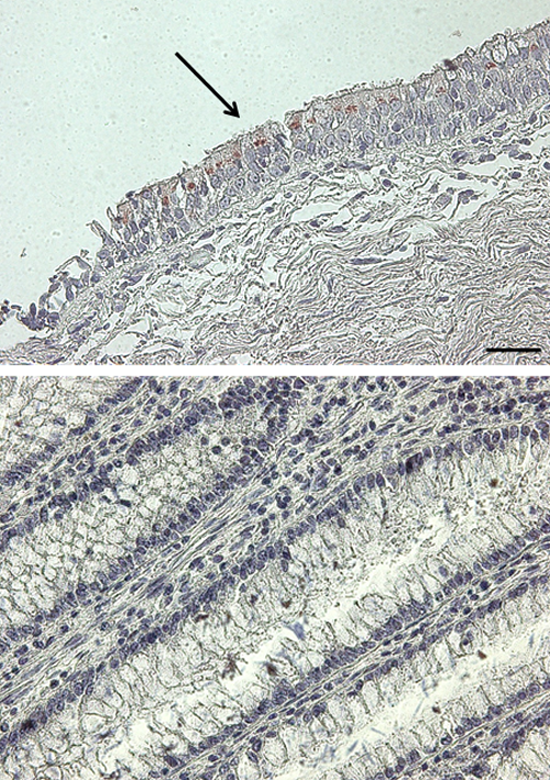 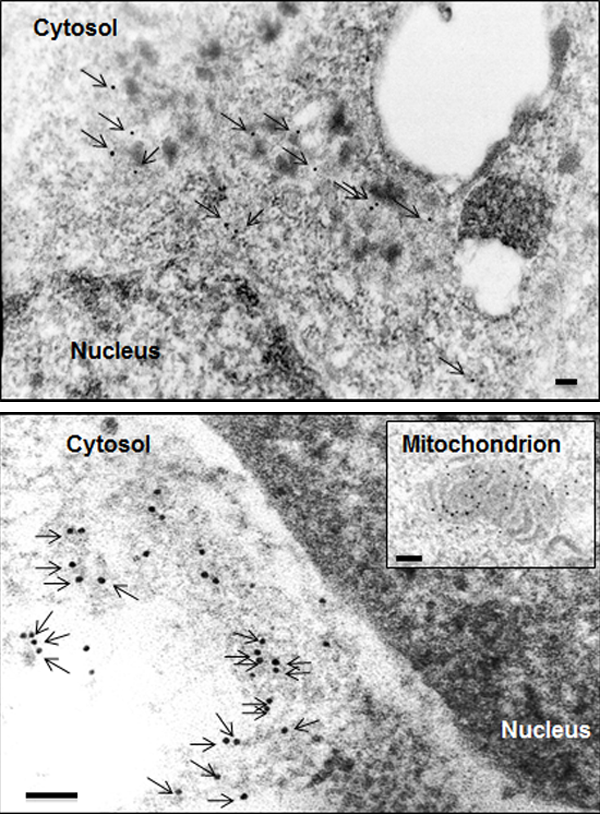 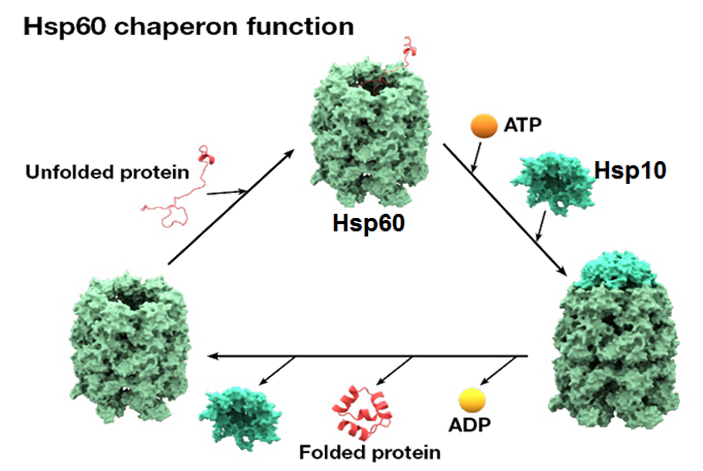 Hsp60 function.
Hsp60 works in cooperation with Hsp10, its co-chaperonin, to assist protein folding of unfolded mitochondrial proteins by an ATP dependent mechanism. Modified from www.pdbj.org.

Up to now more than 150 homologues of HSP60 sequences with pair-wise similarity extending from 40-100% at the amino acid level. Among these homologues one can mention those from rat rat (Rattus norvegicus), pufferfish (Fugu rubripes), zebrafish (Danio rerio), the nematode Caenorhabditis elegans, mouse (Mus musculus), and Chlamydia trachomatis (Gupta, 1995). Moreover, Hsp60 presents a high structural homology with other human proteins, that may act as autoantigen, such as acetylcholine receptor, thyroglobulin, etc. (Jones et al., 1993). The high homology between Hsp60 of several bacterial species and the human protein led to postulate its involvement in molecular mimicry phenomena with pathogenic implications (Campanella et al., 2009; Cappello et al., 2009). Moreover, the high homology between human and bacterial Hsp60 and other human autoantigens led to postulate its role in the autoimmune manifestations of some autoimmune diseases, such as myasthenia gravis (Cappello et al., 2010; Marino Gammazza et al., 2012) and Hashimotos thyroiditis (Marino Gammazza et al., 2014). 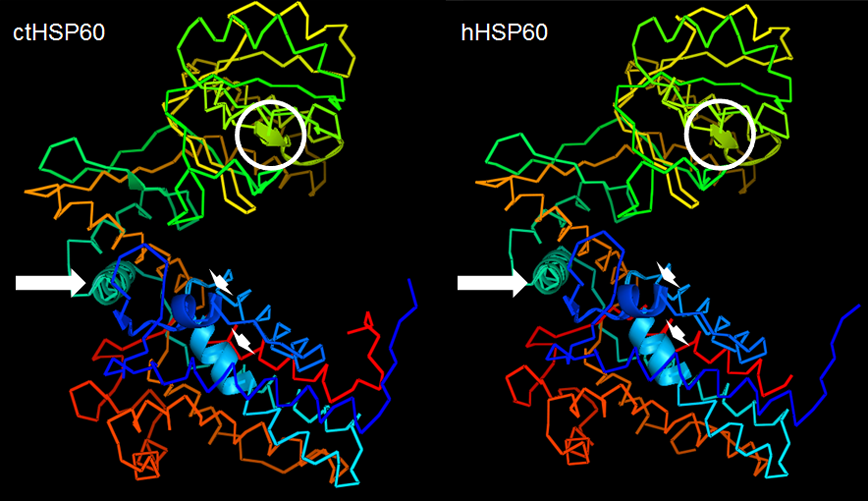 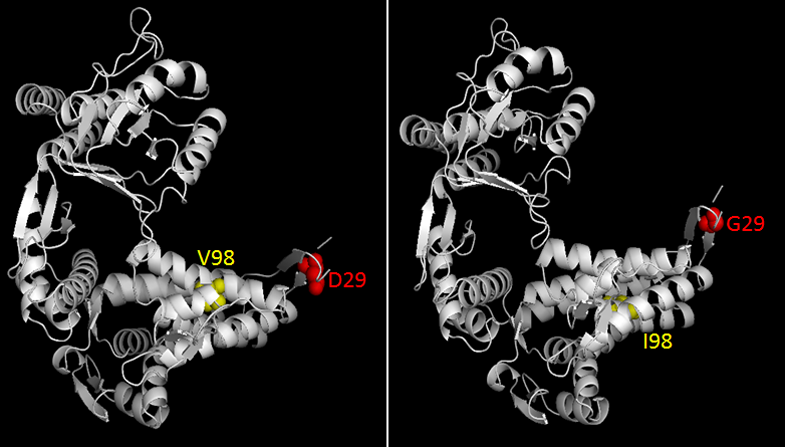 Not known in Homo sapiens.

Not known in Homo sapiens.