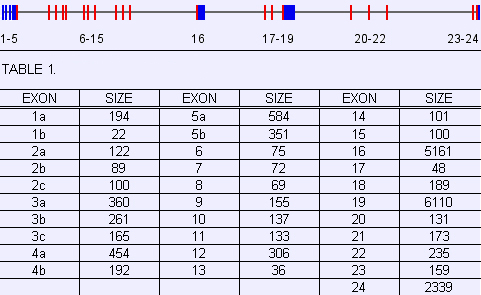 The unprocessed precursor of the full-length TrkB (a) consists of 838 AA. Variant (c) excludes 16 AA of unknown function, located downstream of the transmembrane segment.
The N-terminal portion (AA 32-430) is potentially extracellular and includes several N-glycosylation sites (AA 67, 121, 254). It follows a single transmembrane segment (AA 432-454). The C-terminal portion is cytosolic (AA 455-822) and comprises the Protein Kinase domain. This region includes the ATP binding site (AA 544-552) and several sites of autophosphorylation such as Tyr-516/702/706/707/817 (AA position refers to variant c).
The truncated Trkb-T1 (b) is composed of 477 AA. TrkB-T-Shc variants d and e consist of 553 AA and 537 AA, respectively. Truncated isoforms TrkB-T1 and TrkB-T-Shc include C-terminal sequence variations of 10 and 9 AA, respectively.

TrkB belongs to the large family of protein kinase comprising a conserved kinase domain. It is included in the subfamily of tyrosine protein kinase. For the presence of a highly conserved intracellular TyrKc domain it is most related to growth factor receptors, and particularly to the neurotrophic factor receptors TrkA and TrkC. The homology with tyrosine kinase receptors is extended to the IGC-2 and LRRs domains, however, these are also present in cell-adhesion molecules.

Heterozygous missense mutations leading to substitution of highly conserved residues have been linked to Obesity, Hyperphagia and Developmental Delay.
Recurrent SNPs of the NTRK2 locus are associated with Eating Disorders (Anorexia and Bulimia nervosa).

Tumor-specific mutations in the kinase domain have been identified in Colorectal Cancer cells. 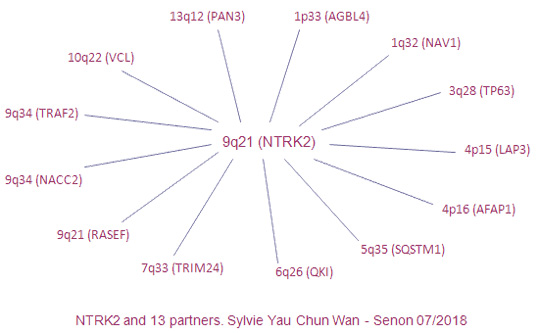