Review on SREBF1, with data on DNA, on the protein encoded and where the gene is implicated.

Figure 2. Genomic organization of the SREBF1 gene. Exons are numbered indicating the alternatively spliced a and c variants (adapted from Kedenko et al., 2012). 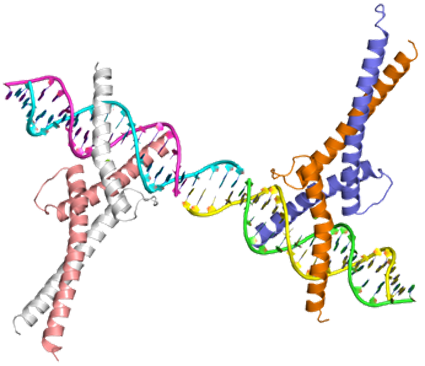 The encoded protein is synthesized as a precursor that is initially attached to the nuclear membrane and endoplasmic reticulum. After cleavage, the mature protein translocates to the nucleus and activates transcription. This cleaveage is inhibited by sterols. Alternative promoter usage and splicing result in multiple transcript variants. 6 isoforms are described. Isoform 1A has been choosen as the canonical sequence (provided by RefSeq, Nov 2017). Quaternary structure of protein forms a tight complex with SCAP in the ER membrane. Efficient DNA binding of the soluble transcription factor fragment requires dimerization with another bHLH protein. Interacts with LMNA. Interacts with CEBPA, the interaction produces a transcriptional synergy (By similarity).
Post-translational modifications:
At low cholesterol the SCAP/SREBP complex is recruited into COPII vesicles for export from the ER. In the Golgi complex SREBPs are cleaved sequentially by site-1 and site-2 protease. The first cleavage by site-1 protease occurs within the luminal loop, the second cleavage by site-2 protease occurs within the first transmembrane domain and releases the transcription factor from the Golgi membrane. Apoptosis triggers cleavage by the cysteine proteases CASP3 and CASP7 (caspase-3 and caspase-7).
Phosphorylated by AMPK (P
rotein kinase AMP-activated catalytic subunits), leading to suppress protein processing and nuclear translocation, and repress target gene expression. Phosphorylation at Ser-402 by SIK1 represses activity possibly by inhibiting DNA-binding.
Ubiquitinatylated at Lys347, Lys379, Lys587, Lys675, Lys934, Lys1070.

SREBF1 Transcription factor binds to the sterol regulatory element-1 (SRE1) (5-ATCACCCCAC-3) which is a motif found in the promoter of the low density lipoprotein receptor genes and other genes that involved in sterol biosynthesis. Depletion of cholesterol leads to intra-membrane proteolysis, releasing the active portion of SREBF1 containing the basic DNA-binding region from the endoplasmic reticulum membrane. After translocation to the nucleus and binding to its specific DNA sequences, SREBF1 dimers induce the expression of target genes involved in adipogenesis and membrane biogenesis (Nohturfft and Zhang, 2009). 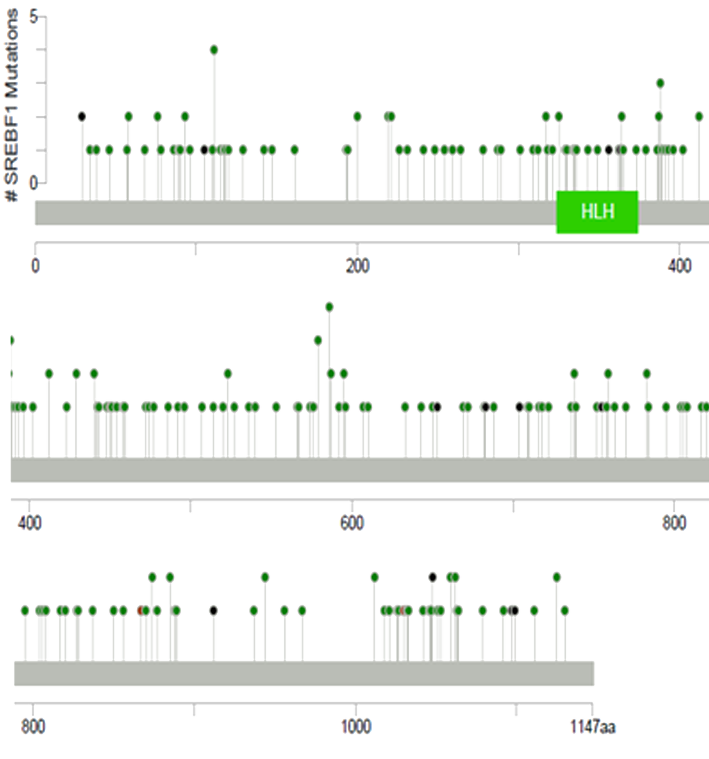 4 SNPs were registered for SREBF1 (according to SNPedia and Human Gene Mutation Database).