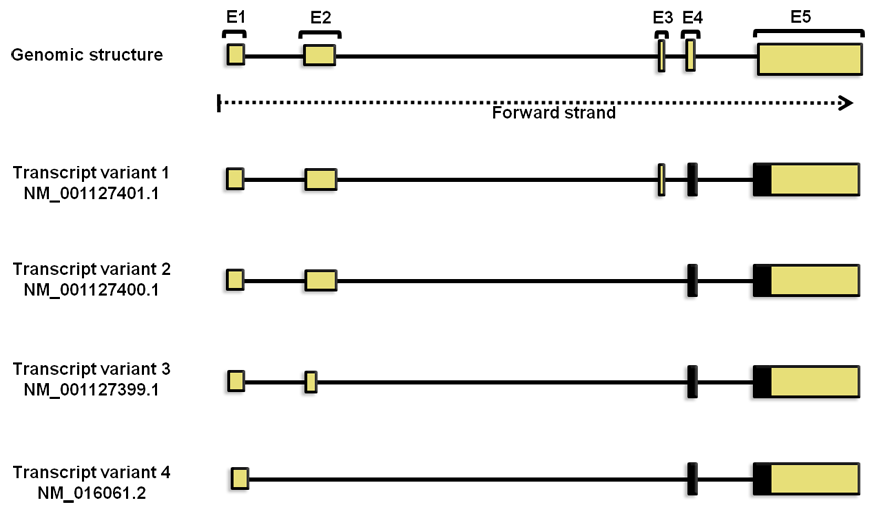 Localized in the nucleus in a diffuse pattern, Ypel5 re-localizes in a region between two spindle poles, likely on the mitotic spindle during mitosis, suggesting a possible role in cell division (Hosono et al., 2004). Ypel5 is localized in the nucleus and on the centrosome during interphase. At prophase, it is detected at spindle poles, while during metaphase and early anaphase it becomes associated with mitotic spindle. At mid-anaphase and telophase it is localized in the spindle midzone. During cytokinesis, Ypel5 is observed only on the midbody (Hosono et al., 2010).

Knock-down of YPEL5 in Cos7 cells results in the suppression of cell growth by extending durations of G1 and G2+M phases. Ypel5 was shown to interact, yet by an unknown mechanism, with Ran binding protein in the microtubule organizing center (RanBPM) through SPRY domain of RanBPM. Ypel5 could also bind RanBP10, paralog of RanBPM. Ypel5 is suggested to function in cell division and cell cycle progression through interactions with RanBPM and RanBP10 (Hosono et al., 2010).
Furthermore, knockdown of YPEL5 homolog Ypel-b in medaka fish causes a malformation in embryos. Normal embryogenesis is interrupted in these embryos as a result of suppression of cell proliferation and induction of apoptosis (Hosono et al., 2010).
YPEL5 is expressed in human peripheral T cells in G0 stage and it is down-regulated upon activation by immobilized anti-CD3. In addition, transfection of YPEL5 into HeLa cells causes a decrease in cellular proliferation (Jun et al., 2007).

In human, YPEL5 has 4 paralogs; YPEL1, YPEL2, YPEL3 and YPEL4. Ypel5 has 49.5% aminoacid sequence identity with Ypel1; 48.5% with Ypel2; 43.8% with Ypel3 and 44.6% with Ypel4 (Hosono et al., 2004).
Ypel5 is an ortholog of Drosophila Yippee protein and has 70.8% aminoacid sequence identity to Yippee. There are 100 YPEL family genes in 68 species including mammal, bird, amphibia, fish, protochordate, insect, nematode, coelenterate, echinoderm, protozoan, plant, and fungi. In this diverge range of organisms, YPEL family proteins shows a high level of homology with many identical residues. Thus, a consensus sequence is deduced as follows: C-X2-C-X19-G-X3-L-X5-N-X13-G-X8-C-X2-C-X4-GWXY-X10-K-X6-E. In the consensus sequence, the number of non-consensus residues, designated as X, is identical for all species examined (Hosono et al., 2004).

Entity name
Lung cancer
Note
Treatment of A549 human non-small cell lung carcinoma cell line with ethanolic extract of Descurainia sophia seeds causes a dose dependent up-regulation in YPEL5 mRNA levels (Kim et al., 2013).
Prognosis
YPEL5 is found to be related to survival in lung cancer patients with a hazard ratio of 0.62 (Kim et al., 2013).
Entity name
Chronic lymphocytic leukemia (CLL)
Fusion protein
Reciprocal RNA chimeras of YPEL5 and PPP1CB genes are recurrently and exclusively detected in chronic lymphocytic leukemia. YPEL5/PPP1CB and PPP1CB/YPEL5 chimeras form as a result of an intergenic splicing event and there is no genomic basis for this fusion which marks a possible breakpoint. YPEL5/PPP1CB RNA chimera results in the formation of a truncated PPP1CB protein which shows a decreased phosphatase activity. This RNA chimeric fusion product acts a dominant negative protein that inhibits the function of wild type PPP1CB protein. This results in an enhanced proliferation and colony formation in B-CLL-related cells (Velusamy et al., 2013).