The patient was noted at an intermediate risk, reached complete remission, and was alive at 23 months+. 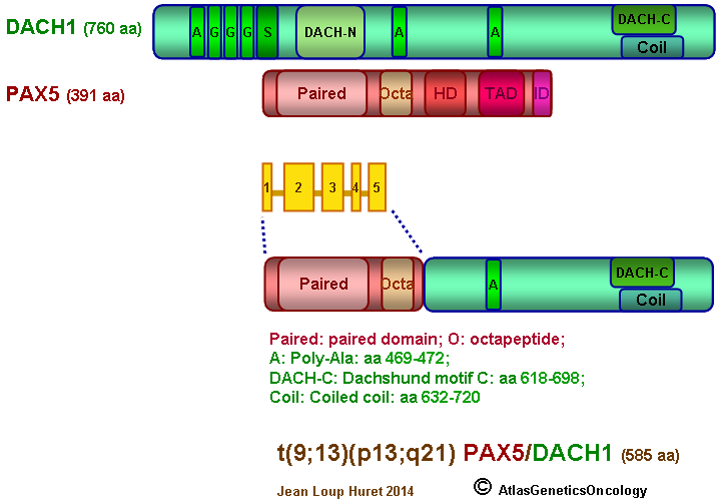 585 amino acids. The predicted fusion protein contains the DNA binding paired domain of PAX5 (the 201 N-term aa) and the DACHbox-C of DACH1 (the 384 C-term aa).