Tumours derived from Langerhans cells (LCs) are divided into two main subgroups, according to the degree of cytological atypia and clinical aggressiveness: LC histiocytosis (LCH) and LC sarcoma (LCS). LCS is a high-grade neoplasm with obviously malignant cytologic features and the Langerhans cell phenotype, which is rare. Here the clinic-pathological of LCS will be discussed based on reported cases in the literature.

Tumours derived from Langerhans cells (LCs) are divided into two main subgroups, according to the degree of cytological atypia and clinical aggressiveness: LC histiocytosis (LCH) and LC sarcoma (LCS). Both subgroups maintain the phenotypic profile and ultrastructural features of LC. LCS is a high-grade neoplasm with obviously malignant cytologic features and the Langerhans cell phenotype. Birbeck granules are present, but desmosomes/junctional specializations are absent (Swerdlow, et al ,2008. Swerdlow, et al, 2017. Nakamine, 2016). It is reported that LCS can arise from LCH (Yi, 2019).

The neoplastic cells of LCS may expresses CD1a, langerin, and S100 protein. However, the staining of individual markers may be focal and patchy. The Langerhans cells are derived from mononuclear phagocytes macrophages and dendritic cells) or histiocytes. (Swerdlow, et al ,2008. Swerdlow, et al ,2017)
LCS may arise de novo or be observed in other disorders. Several cases have been reported in myeloproliferative syndromes, other histiocytic disorders, B-lineage leukemia, follicular lymphoma, dermal lentigines, and after liver transplantation. (Zwerdling 2014).

Most cases involve skin, bone and multifoci, and lymph node in 22%. Other sites include soft tissue, lung, liver and spleen. 44% of disease is high-grade (stage III-IV), Hepatosplenomegly is seen in 22% and pancytopenia in 11% masses (Swerdlow, et al ,2008. Swerdlow, et al ,2017).

The most prominent feature is the obviously malignant cytology of a pleomorphic tumour, and only the phenotype and/or chromatin is clumped and nucleoli are conspicuous. Some cells may have the complex grooves of the LCH cell, which is an important clue to the diagnosis. The mitotic rate is high, usually > 50 mitoses/10 HPF. Scattered eosinophils can be seen. Birbeck granules are present, whereas desmosomes/junctional specializations are absent. 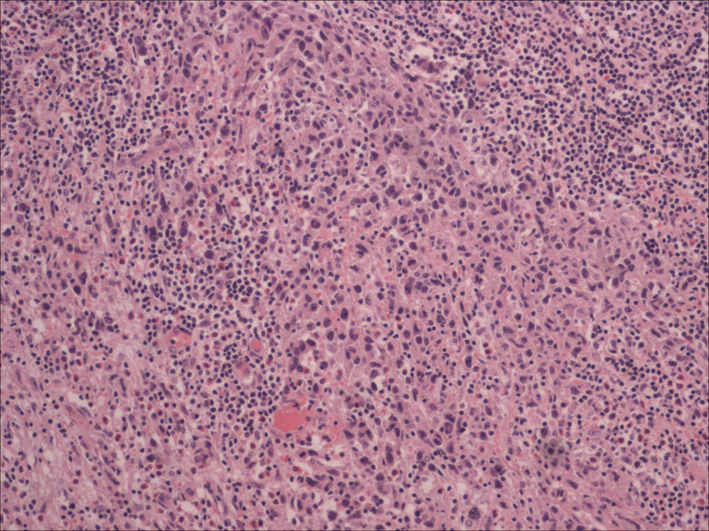 Figure 1. Langerhans cell sarcoma involving the mediastinum of a female. Hypercellular proliferation of cells with oval-shaped nuclei and overt atypia can be seen. Scattered eosinophils are in the background. 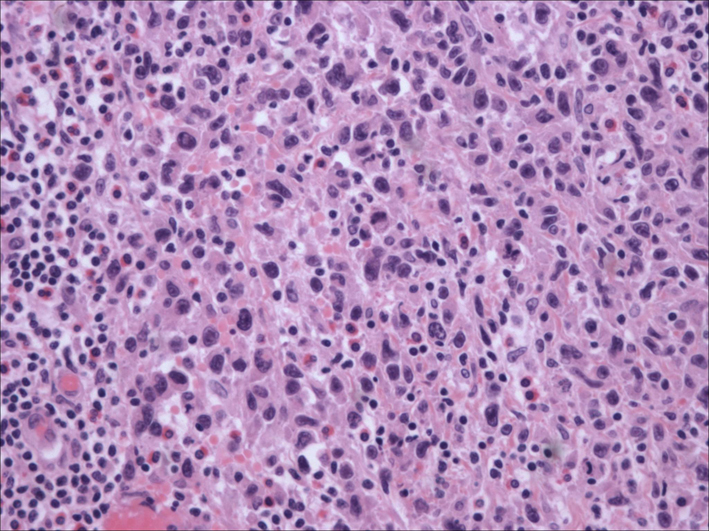 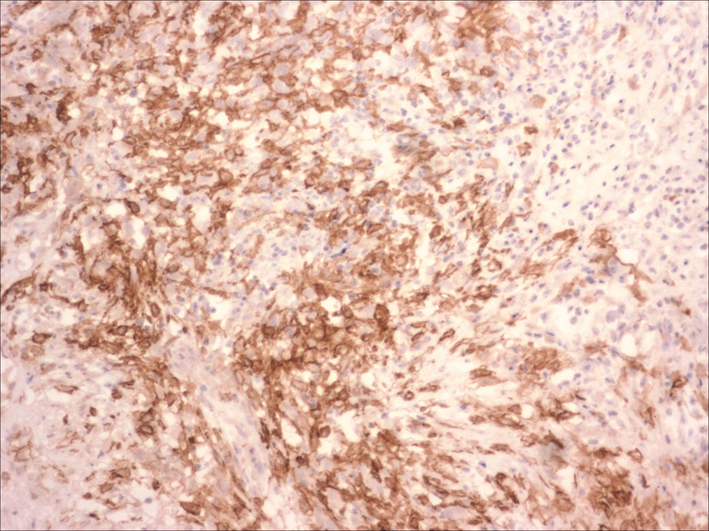 Figure 3. The tumor cells are positive for CD1a in the membrane. 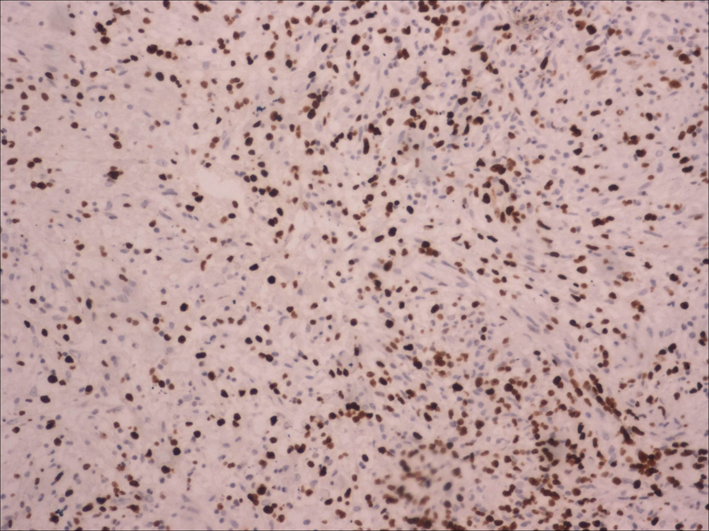 Figure 4. The proliferation index of tumor cells is high shown by Ki67.

An optimal treatment strategy for LCS has not been established, owing to its rarity; however, aggressive surgery, chemotherapy, and additional local control with radiation appear to be good option for localized lesions or confined nodal disease (Call, 2013. Zwerdling, 2014). Radiotherapy may be effective in treating minimally invasive LCS lesions (Nakayama, 2010). The successful treatment of advanced LCS with multipleorgan involvement is feasible with a variety of chemotherapeutic regimens. Systemic combination chemotherapy, such as the CHOP or CHOP-like regimens, may be helpful in some cases (Bohn, 2007). Current data indicate that the ESHAP regimen may be partially effective in treating relapsed patients (Keklik, 2013). Etoposide-containing chemotherapy, EPOCH, may be efficacious for LCS due in part to the similar pathogenic mechanisms of LCS with MCC and MCPyV infection, and it may be safe for elderly patients (Matsukawa, 2018).