Primary DLBCL of the central nervous system (DLBCL-CNS) is an aggressive B-cell neoplasm due in part to the intra-cerebral and/or intra-ocular location, and because a high percentage of cases are in the activated B cell like (ABC) subtype. Lymphoproliferative diseases of the central nervous system are rare, diagnostics and treatment are accordingly challenging. The special localization is related with a series of newly recognized genetic, genomic and immunologic features directing to the strong interaction between transformed lymphoma cells, neural tissue components and the local immune response. Here the clinicopathological of DLBCL-CNS will be discussed.

DLBCL-CNS are all primary intracerebral or intraocular lymphomas. Lymphomas of the dura, intravascular large B-cell lymphoma, lymphoma with evidence of systemic disease or secondary lymphomas, and all immunodeficiency-associated lymphomas are excluded (Swerdlow, et al ,2008).

Expression or absence of chemokines and chemokine receptors or cytokines may contribute to the specific location of DLBCL-CNS. Tumor cells and endothelial cells may interact via activation of IL4 to creats a favourable microenvironment for tumor growth. DLBCL-CNS show a restricted homing to the main immune sanctuaries (brain, eyes and testis) (Swerdlow, et al ,2008). DLBCL-CNS expresses CD20. CD22 or CD79a. CD10 expresses in about 10-20% cases, whereas bcl6 in 60-80% and IRF4/MUM1 in 90%. Approximately 90% of cases show a non-germinal center immunophenotype (CD10-, Bcl6+/-, MUM1+) (Swerdlow, et al ,2008. Bacon, et al.2009).

The incidence of DLBCL-CNS has been increasing and it accounts for 4% of primary brain tumors and only 2-4 % of intracranial neoplasms. The median age is approximately 60 years, and there is a slight preponderance of male patients (Swerdlow, et al ,2008. Patrick, 2015).

DLBCL-CNS commonly presents with either focal neurological deficits (50-80%) or progressive neurocognitive dysfunction (20-30%). In patients who present with acute neurological symptoms, a noncontrast head CT can be unremarkable, and occasionally, hypodense areas can be mistaken for ischemia. The diagnosis of PCNSL is usually not entertained until a contrast- enhanced MRI is performed and reveals a homogenously enhancing mass in the deep white matter or corpus callosum. Typical radiologic features include lesion location adjacent to the cerebrospinal fluid (CSF) space (Swerdlow, et al ,2008. Ferry , 2008. Bacon, et al.2009).

Morphologically, CNS-DLBCL are diffuse infiltrates of centroblasts or immunoblasts, with a tendency to cluster around cerebral blood vessels, often accompanied by small reactive T cells and reactive accessory cells. There is often marked tumour necrosis, especially following the administration of corticosteroids. The Ki67-proliferation fraction is typically high. NS-DLBCL presenting in immunosuppressed individuals is often EBV-positive. CNS-DLBCL must be differentiated from secondary CNS involvement by systemic DLBCL, for which the involvement of multiple extranodal sites or specific extranodal sites such as the testis and sino-nasal cavity is a risk factor. 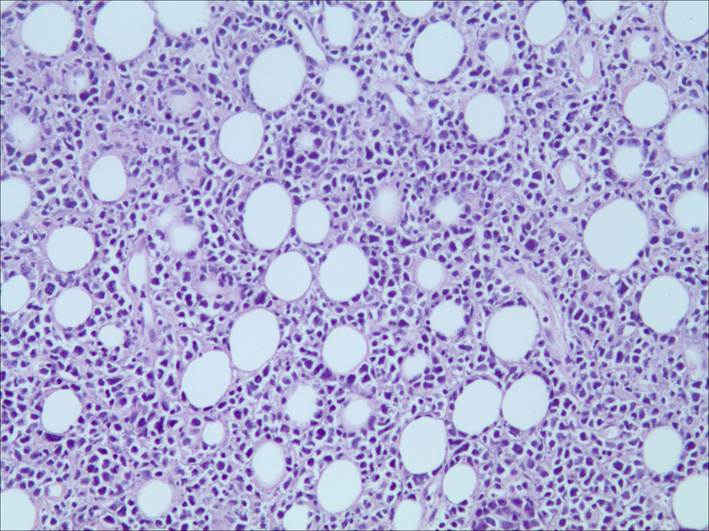 Figure 1. Primary DLBCL-CNS of the sphenoid sinus. Diffuse proliferation of lymphoid cells can be seen between fat cells. Some cells accumulate in the perivascular space. ( HE staining). 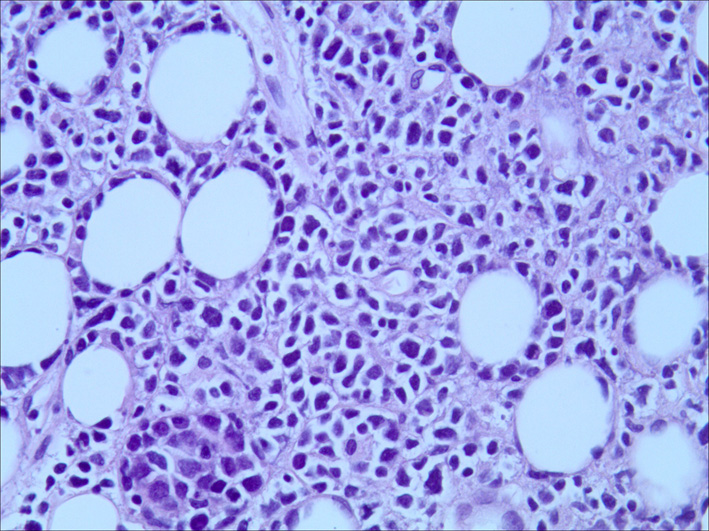 Figure 2. The lymphoid cells are medium to large in size, with oval nuclei and indistinct nucleoli.some accumulation in the perivascular space. ( HE staining). 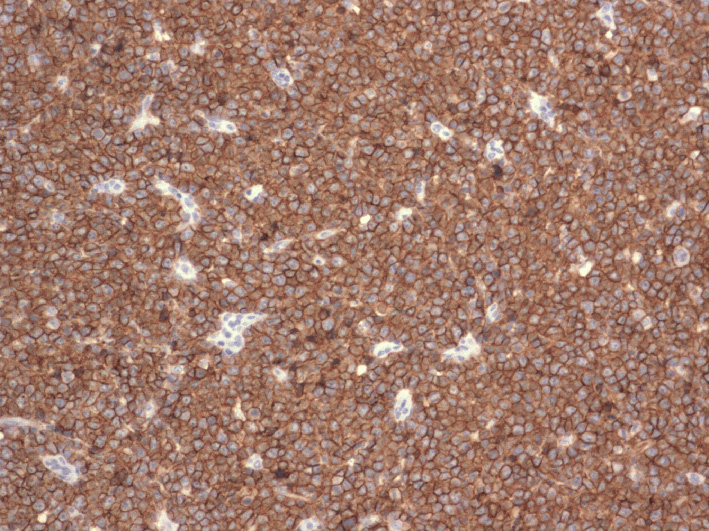 Figure 3. The cells are positive for CD20.

Despite recent advances in treatment and significant improvement in complete remission rates, 35-60 % of PCNSL patients will relapse, usually within the first 2 years from diagnosis; 10-15 % will be refractory to treatment. In primary DLBCL-CNS, there was no significant difference in median overall survival (OS) between the wild type and mutated MYD88 cases, or between methylated and unmethylated MGMT cases. However, a significant difference was noted in median OS between the wild type and mutated CD79B cases (Zheng, et al, 2017. Swerdlow, et al ,2008. Patrick, 2015).