Angiosarcoma occurs across a wide age distribution and is most common in the elderly.1 Cutaneous angiosarcoma of the breast is frequently associated with prior radiation, and angiosarcoma can also arise in association with lymphedema or in pre-existing vascular malformations.

Angiosarcoma has distinct presentations that depend on clinical context. De novo cutaneous angiosarcoma tends to arise on the scalp of elderly patients in regions of sun damage.2 The incidence of radiation-associated cutaneous angiosarcoma has increased with the widespread adoption of breast-conserving surgery with post-operative radiation to treat breast carcinoma.3 Angiosarcomas of deep soft tissue and viscera are relatively uncommon and occur in a wide age range, with a peak incidence in the 7th decade and with a male predominance.4

Angiosarcomas are morphologically variable, and they are usually highly infiltrative. On the most well differentiated end of the spectrum, tumors exhibit only mild nuclear atypia, in which case the diagnosis is made based on infiltrative growth and endothelial multilayering. More poorly differentiated tumors can show sheet-like growth of tumor cells with significant nuclear atypia and necrosis. Nuclear pleomorphism is uncommon. Angiosarcoma is not graded because even bland-appearing tumors follow an aggressive clinical course. 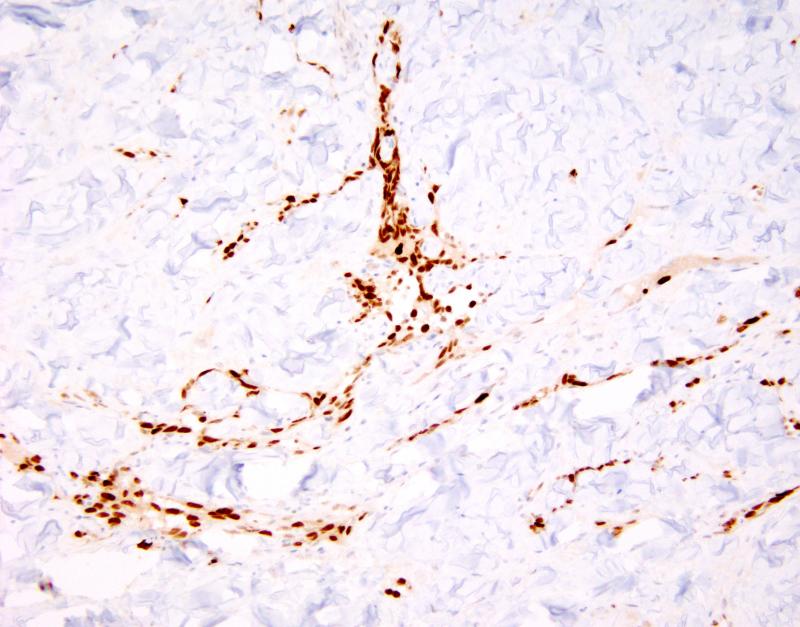 • Angiosarcoma classically had been reported to exhibit complex karyotypes, primarily based on isolated case reports;11 however, a recent study demonstrated the presence of complex copy number gains and losses in only 25% of tumors.12

• Genes such as KDR, FLT4, PTPRB, and PLCG1, which are involved in the signaling cascade that regulates angiogenesis, are mutated or upregulated in both primary and secondary angiosarcomas.6,13,14

• CIC rearrangements and mutations are present in about 10% of primary angiosarcomas and are associated with epithelioid morphology and young patient age.8 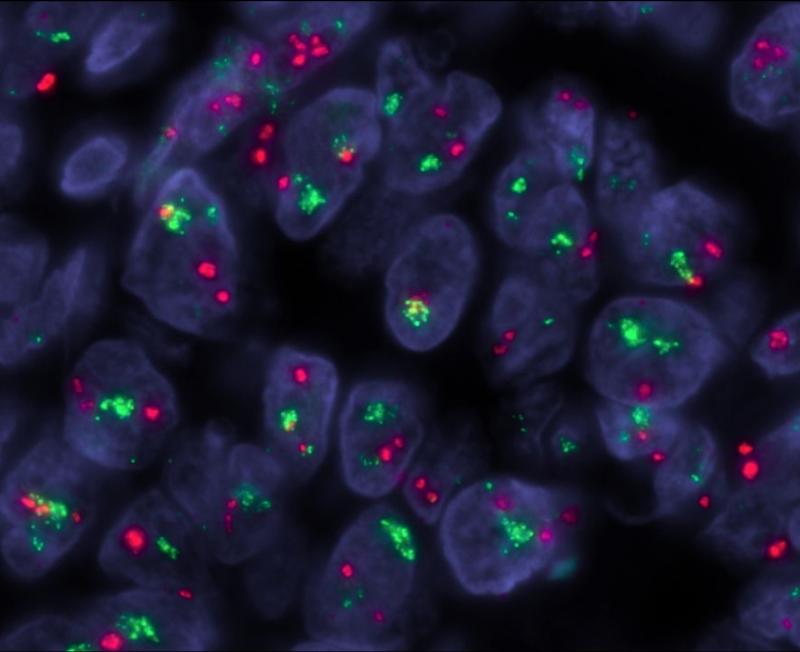 Cutaneous angiosarcoma of the elderly follows an aggressive clinical course, with patients rapidly developing multiple lesions in the same anatomic region; this form of angiosarcoma is usually initially sensitive to chemotherapy but invariably relapses with chemoresistance, and a dismal prognosis.7 Overall, the median survival of primary cutaneous angiosarcoma is about 3 years.2 Angiosarcoma of soft tissue is very aggressive, with approximately half of patients developing distant metastases, and with a median survival rate of about 1 year.4 Angiosarcoma with CIC rearrangement is also aggressive, with a 5-year survival rate of about 45%.8