Technics
RT-PCR: Not done because no sample left to extract RNA. 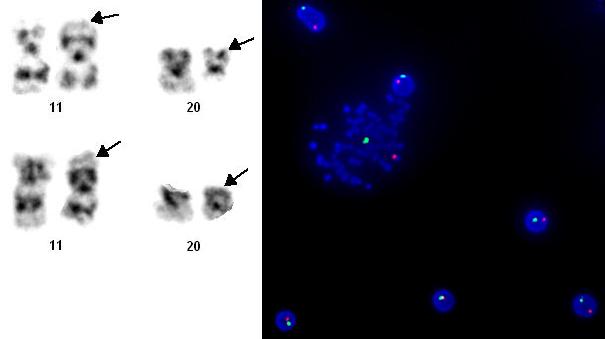 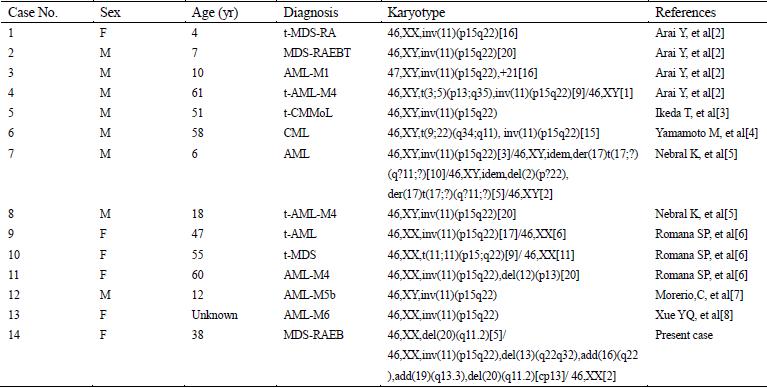 Comments
Until now 13 cases with inv(11)(p15q22) have been reported by literature review (Table 1). This inversion leads to fusion of DDX10, a putative RNA helicase gene at 11q22 with the nucleoporin gene NUP98 at 11p15. The previously described cases with this chromosome anomaly and NUP98-DDX10 fusion gene comprising 5 children,7 adults and 1 unknown. 8 cases had diagnosis of de novo or secondary AML, 4 cases had primary or therapy-related MDS, and one CML case was found with this chromosome abnormality in acute phase. NUP98-DDX10 fusion, another type of NUP98 rearrangements, might be associated with the poor clinical course.