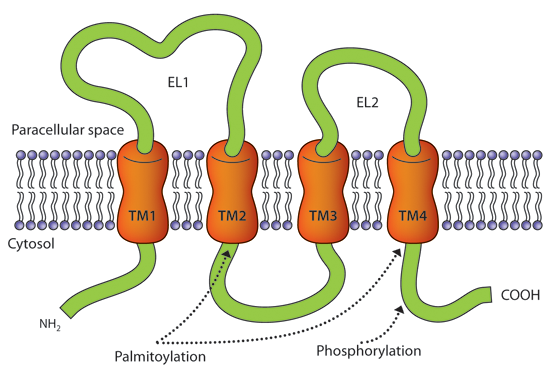 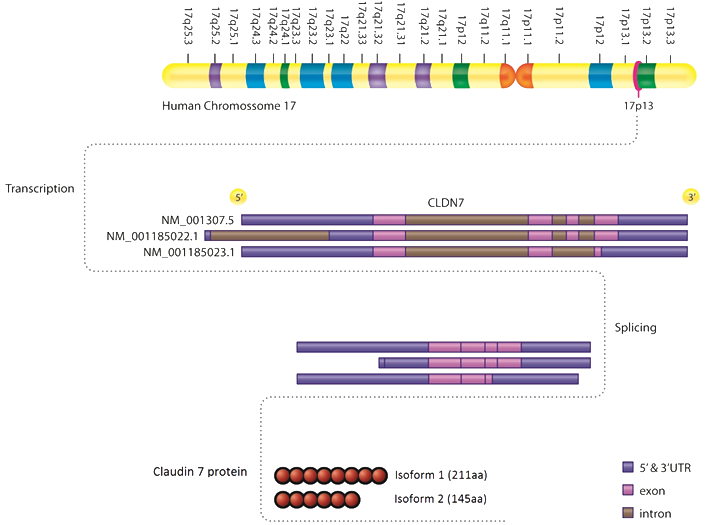 Figure 2. Schematic representation of the claudin 7 protein showing the extracellular loops (EL1 and EL2), the transmembrane domains (TM1 to TM4) and its amino- and carboxy-terminal tails extending into the cytoplasm.

CLDN-7 is an integral membrane protein with four hydrophobic transmembrane domains and two extracellular loops which appear to be implicated in tight junction formation and with their amino- and carboxy-terminal tails extending into the cytoplasm (figure 2).

The protein is localized in the cell membrane as a constituent of tight junctions.

CLDN-7 encodes a member of the claudin family of integral transmembrane proteins that are components of tight junction strands. Claudins regulate the paracellular transport being essential in maintaining a functional epithelial barrier, and also play critical roles in maintaining cell polarity and signal transductions. Studies have shown that altered levels of the different claudins may be related to invasion and progression of carcinoma cells in several primary neoplasms.

In the catalogue of Somatic Mutations in Cancer (Sanger) reports only a heterozygous silent substitution (339G/T; V113V) in ovarian serous cystadenocarcinoma is present.