Nodal marginal zone lymphoma (NMZL) is a primary nodal B-cell neoplasm that morphlogically resembles lymph nodes involved by MZL of extranodal or splenic types. Two clinicopathological forms of NMZL are recognized: adult type and pediatric-type. NMZLs show overlapping features with other types of MZL, but distinctive features as well. NMZL remains an enigmatic entity with accompanying difficulties in diagnosis and a lack of knowledge of prognosis and treatment.

Nodal marginal zone lymphoma (NMZL) is a primary nodal B-cell neoplasm that morphlogically resembles lymph nodes involved by MZL of extranodal or splenic types, but without evidence of extranodal or splenic disease. Presence of a primary extranodal MZL should be ruled out since approximately one third of the cases presenting as NMZL represent nodal dissemination of a MALT lymphoma.
NMZL can also be diagnosed in children, which has distinct clinical and morphological features with an excellent prognosis (Swerdlow, et al ,2008. Swerdlow, et al, 2016).

NMZL is frequently a diagnosis of exclusion, including reactive hyperplasia and indolent small B cell lymphoma. Morphologically, the tumor cells surround reactive follicles and expand into the interfollicular areas. Follicular colonization may be present. In cases with a diffuse pattern, follicle remnants may be detected with stains for follicular dendritic cells and germinal centre markers. The tumour cells are composed of variable numbers of marginal zone (centrocyte-like and monocytoid) B-cells, plasma cells and scattered transformed B-cells. Diagnosis of transformation requires the identification of sheets of large cells. Plasma cell differentiation may be prominent and the differential diagnosis with lymphoplasmacytoma may be difficult. The presence of remnants of follicular dendritic meshworks suggestive of colonized follicles would favour the diagnosis of NMZL.
In paediatric NMZL, the tumor is similar to that seen in adults except that there are often progressively transformed germinal centers in which the outer border of the follicles is disrupted and infiltrated by tumor cells (Swerdlow, et al , 2008. Swerdlow, et al, 2016). 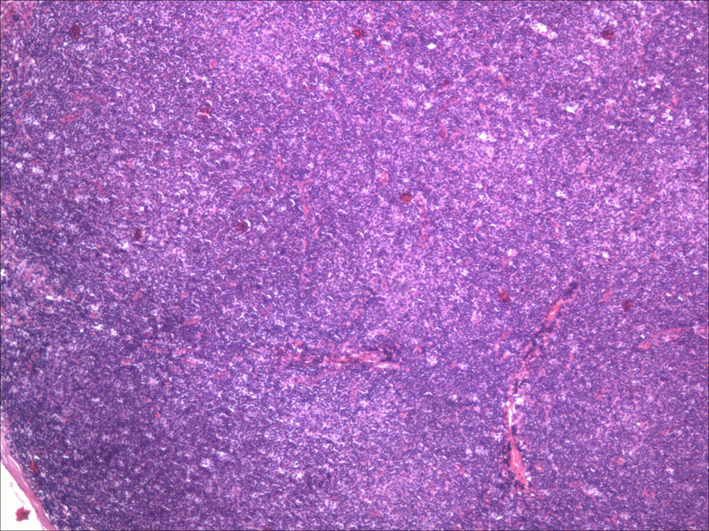 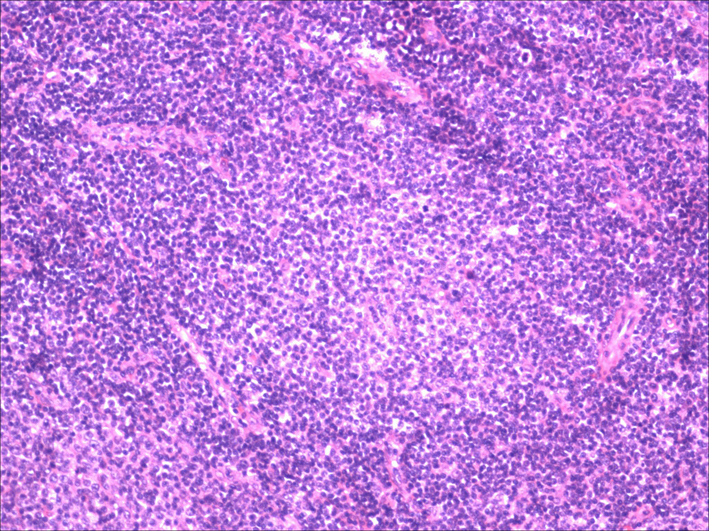 Figure 2. The tumor cells are small to medium in size, with pale cytoplasm (HE staining) 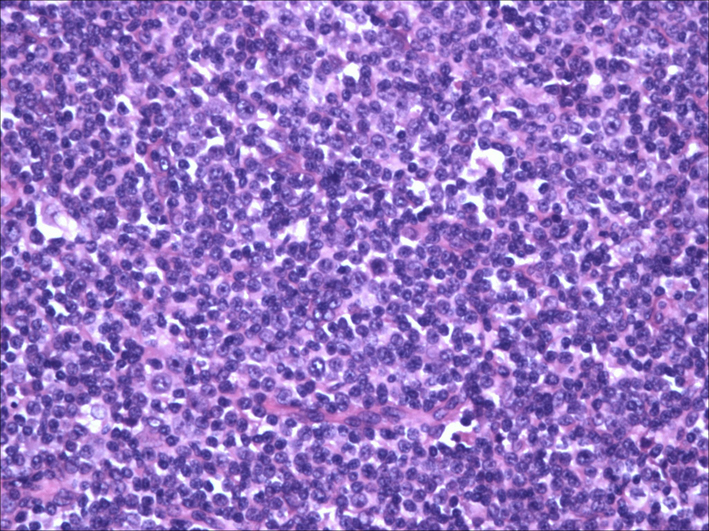 Figure 3. The tumor cells are small to medium in size, with small nucleoli in some cells (HE staining) 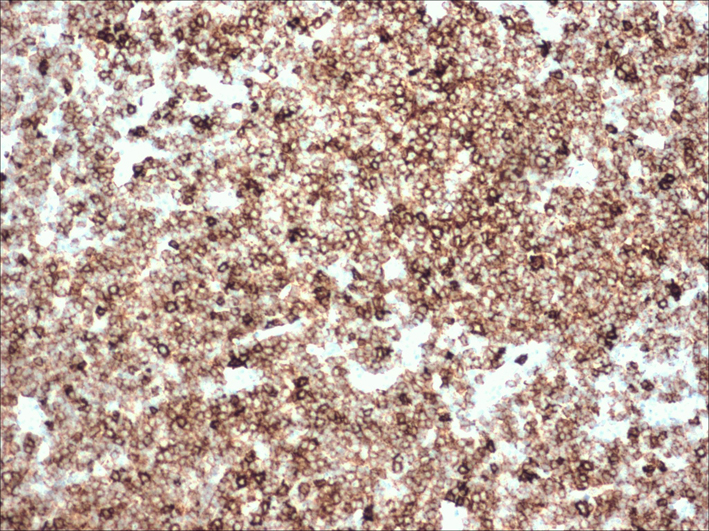 Figure 4. The cells are positive for CD20. 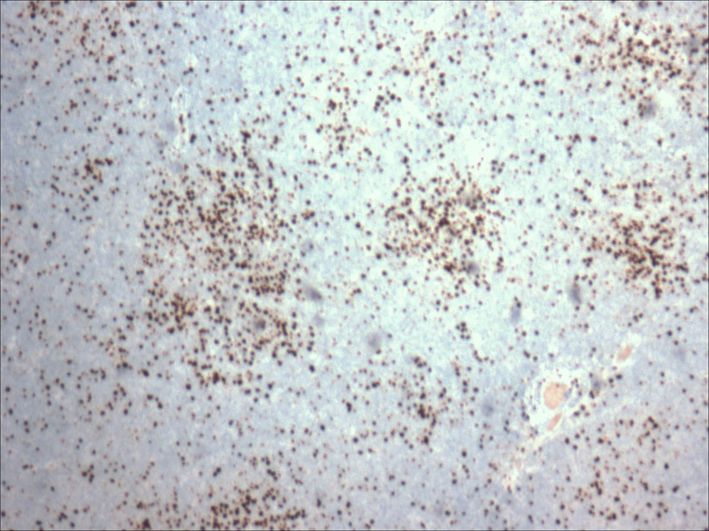 Figure 5. The proliferation index of Ki67 is low in tumor cells, with residual germinal centers.

Until now the clinical approach has in fact been adapted from those applied and one recommended for other indolent lymphomas. In NMZL, treatment is not always required in asymptomatic patients NMZL and like with other low grade lymphomas, a "watch and wait" policy may well be a reasonable option. In symptomatic patients requiring treatment, the therapeutic approach will differ based on whether the disease is localized or more systemic. For localized disease, surgery followed by radiotherapy is a possible option (Tadmor, et al, 2017). Targeted therapies against deregulated molecular pathways are an attractive field of investigation, but definitive data about this approach are not yet available. The research includes B-cell receptor, JAK/STAT, NF-kB, NOTCH, and Toll-like receptor signaling pathways, as well as intracellular processes such as the cell cycle, chromatin remodeling, and transcriptional regulation in terms of epigenetic modifiers, histones, or transcriptional co-repressors, along with immune escape via T-cell-mediated tumor surveillance (Pileri et al, 2017. Thieblemont et al, 2016). Bendamustine plus rituximab was found to be an active and well-tolerated regimen leading to the rapid control of disease (Laribi, et al, 2017).