Identified in 2009 from gene expression profiling data, Early T cell Precursor Acute Lymphoblastic Leukemia (ETP-ALL) represents a subset of T-ALL sharing transcriptional and immunophenotypic similarities with early T-cell precursors (Coustan-Smith et al., 2009).
ETP-ALL is currently defined by a distinctive phenotype characterized by a lack of expression of the T-lineage cell surface markers CD1a and CD8, weak or absent expression of CD5 and aberrant expression of one or more myeloid or stem cell markers (Coustan-Smith et al., 2009).
Since the description, genetic alterations and prognostic data have been reported in literature improving our understanding of this subgroup. Therefore, ETP-ALL has been included as a provisional entity in the 2016 revision of the WHO classification of Acute Leukemias (Arber et al., 2016). 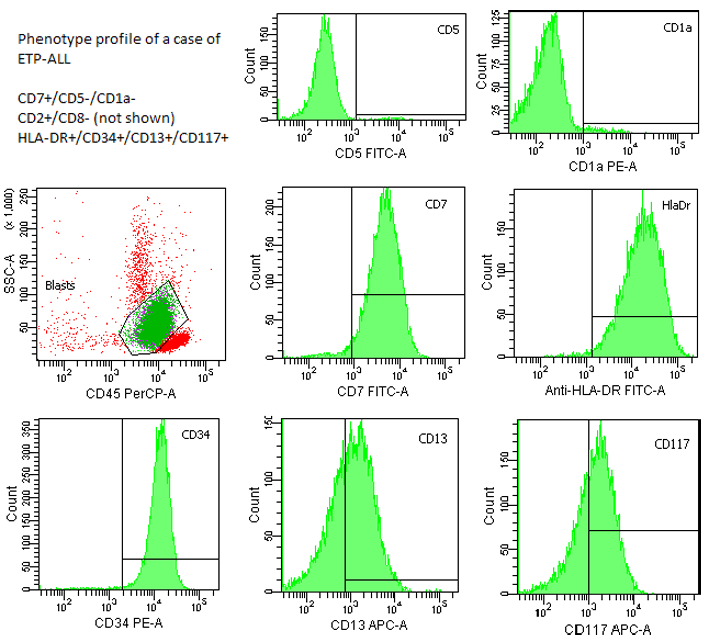 No specific morphologic features have been reported to date.