T-cell prolymphocytic leukemia (T-PLL) is a rare and aggressive post-thymic lymphoid neoplasm characterized by recurrent chromosome rearrangements that lead to activation of the TCL1A (14q32.1) or the MTCP1 (Xq28) genes. In this report, we focus on the t(X ;14)(q28 ;q11.2), which is thought to occur in approximately 20% of T-PLL cases and leads to overexpression of the MTCP1 gene by relocation to the T-cell receptor alpha/delta (TRA/D) located at 14q11.2 locus. A rare variant of the t(X ;14) is the t(X ;7)(q28 ;q34) also leading to overexpression of MTCP1 this time by relocation to the T-cell receptor beta (TRB) locus. Approximately 80% of T-PLL cases, however, are characterized by the inv(14)(q11.2q32.1) and variants, which lead to the activation of the TCL1A (14q32.1) gene by relocation to the TRA/D or TRB gene loci. The additional abnormalities in cases with MTCP1 or TCL1A related abnormalities are similar and include gain of 8q usually in the form of i(8q), as well as deletions 6q, 9p, 11q, and 13q.

These translocations are known to occur in:
T-cell prolymphocytic leukemia (T-PLL)
Ataxia telangiectasia (AT)

T-PLL accounts for about 2% of all mature lymphoid neoplasms. Most patients are older than 50 years. However, some patients aged as young as 30 years have been reported. The disease affects more male than female patients (3:1 ratio) (Matutes, 1998).

The disease is widespread and does not appear to have a geographic predilection or racial clustering.

T-PLL is a rare and aggressive post-thymic lymphoid neoplasm characterized by a high white cell count (usually >100,000/μL) with associated anemia and thrombocytopenia (Magro et al, 1986). Often there is infiltration of the bone marrow, spleen, liver, lymph nodes, and skin. Patients often present with hepatosplenomegaly and generalized lymphadenopathy (Matutes et al, 1991). The median survival is usually < 1 year. However, occasional spontaneous remission has been reported in some cases. Morphologically, T-PLL includes 3 morphologic variants: typical, small cell, and cerebriform, all of which have a similar clinical course and genetic abnormalities (Matutes et al, 1986). Approximately 15% of patients may be asymptomatic at diagnosis (indolent phase), which might persist several years before progression occurs (Matutes et al, 1998). 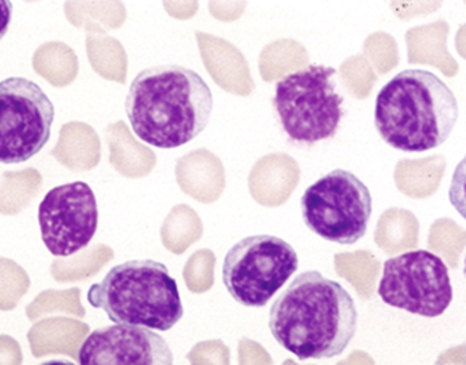 T-PLL includes 3 morphologic variants: typical, small cell, and cerebriform, all of which have a similar clinical course and genetic abnormalities. Majority (75%) of T-PLL patients have the typical variant where the cells show a regular nuclear outline; 20% have the small cell variant; and 5% have cells with a more irregular nuclear shape similar to the cerebriform cells seen in Sezary syndrome (Costa et al, 2003). 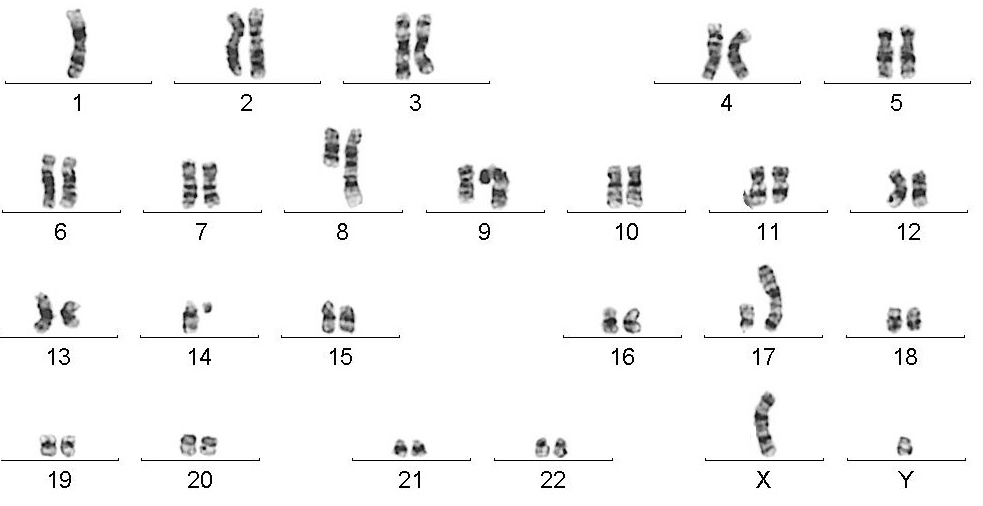 T-PLL is a neoplasm characterized by an aggressive course, poor response to conventional chemotherapy and a short median survival. Treatment with purine analogs and the monoclonal antibody alemtuzumab has resulted in significantly higher response rates and increased survival (Szuszies et al., 2014). However, responses are transient and allogeneic hematopoietic progenitor-cell transplantation remains the only potential curative option. The proportion of patients eligible for transplant is low, owing to the older age group of patients, and nonmyeloablative transplantation is a promising alternative that needs to be explored.

AT onset occurs in early childhood and has an incidence of approximately 1 in 40 000-100 000 live births in the United States. AT is seen among all races and is most prominent among ethnic groups with a high frequency of consanguinity.

AT is an autosomal recessive disorder caused by mutations in the ataxia telangiectasia mutated (ATM) gene. Classic ataxia-telangiectasia (A-T) is characterized by progressive cerebellar ataxia beginning between ages one and four years, oculomotor apraxia, choreoathetosis, telangiectasias of the conjunctivae, immunodeficiency, and frequent infections. The disease is included in the group of chromosome instability syndromes associated with an increased risk for malignancy, particularly leukemia and lymphoma. AT children tend to develop B-cell acute lymphoblastic leukemia whereas T-cell acute lymphoblastic leukemia and T-PLL tend to occur in teenager patients. Various carcinomas are reported to occur in adults. Diagnosis of AT relies on clinical findings, including slurred speech, truncal ataxia, and oculomotor apraxia; neuroimaging; and family history. Laboratory findings that support the diagnosis include: severely depleted levels of intracellular ATM protein, elevated serum alpha-fetoprotein concentration (Swift, 1990). 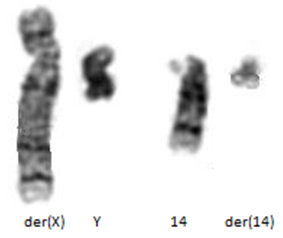