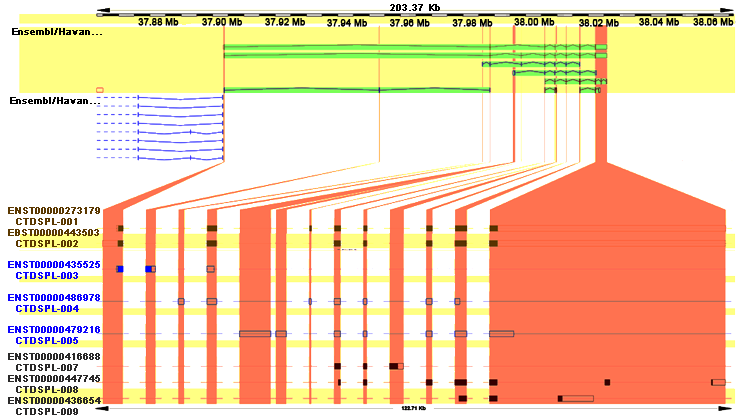 Located in the short (p) arm of chromosome 3, the length of the CTDSPL gene is about 122.5Kb, contains 8 exons and is arranged in a telomere to centromere orientation.

The full length transcript of CTDSLP is 4459 bp (Ensembl,Transcript ID ENST00000443503). A total of 8 transcripts can be generated, out of which 5 are protein coding, 1 undergoes nonsense mediated decay, while the rest 2 do not code for a protein product. However, two splice variants of CTDSPL, the smaller CTDSPL A (lacking exon 3, therefore short of 33 bp, 11 amino acids) and the full length CTDSPL B were identified by Kashuba et al., 2004.
Interesting observation: The transcription start site for CTDSPL A and CTDSPL B are different (from ensemble.org). While the larger B form has a shorter 5UTR, the smaller A form has a larger 5UTR, although their translation start sites remain common. Difference in the size of the 5UTR may account for differential splicing between the isoforms.

The full length CTDSPL protein (CTDSPL B) is 276 amino acids in length, with a molecular weight of 31KD. The smaller protein, CTDSPL A is 265 amino acids in length (amino acids 79- 89 missing) and 29.9 KD in weight. Amino acids 102-260 contain the FCP1 homology domain, which contains an essential protein serine phosphatase that dephosphorylates the C-terminal domain (CTD) of RNA polymerase II. 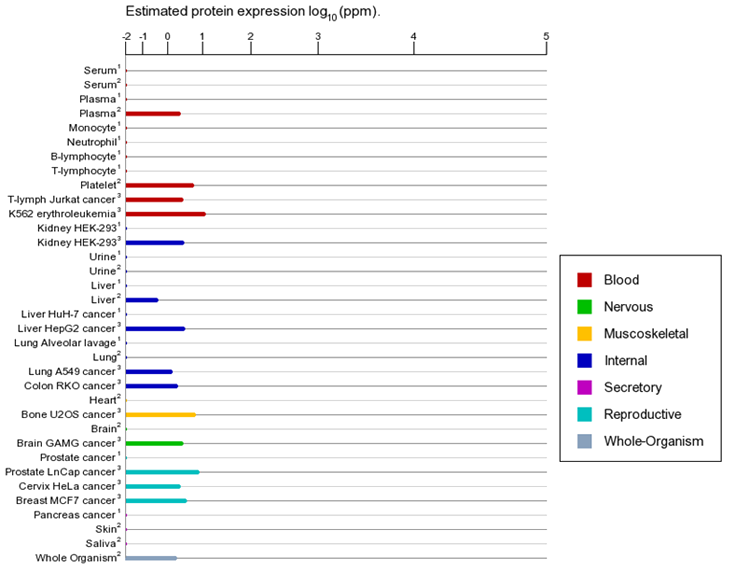 CTDSPL Protein expression data from MOPED1, PaxDb2 and MAXQB3. 1. MOPED - Eugene Kolker, Bioinformatics & High-throughput Analysis Lab, Seattle Childrens Research Institute. 2. PaxDb - Christian von Mering, Bioinformatics Group, Institute of Molecular Life Sciences, University of Zurich. 3. MAXQB - Matthias Mann, Department of Proteomics and Signal Transduction, Max-Planck Institute of Biochemistry, Germany. The data was normalized as follows: 1. For each sample, ppm protein values were calculated, if not provided so by data sources. For each sample from MAXQB, iBAQ expression values were divided by sum of values of each sample, and multiplied by 1000000. For all samples, data was gene centrically aggregated by summing expression values of all isoforms for each gene. 2. For better visualization of graphs, expression values are drawn on a root scale, which is an intermediate between log and linear scales as used for our mRNA expression graphs (Safran et al., 2003).

Chimpanzee, Rhesus monkey, dog, cow, mouse, chicken, zebrafish, S.cerevisiae, K.lactis, E.gossypii, S.pombe, M.oryzae, and N.crassa show conserved RBSP3 gene (Source NCBI homologene).
RBSP3 and miRNAs
1. miRNA 100
- RBSP3 is a bonafide target for miRNA 100.
- miRNA 100 binds to the 3`UTR of RBSP3 in regions conserved in humans, rats and mice.
- RBSP3 expression is inversely co-related with the expression of miRNA 100 in 76.5% AML cases.
2. miRNA 26a (has-miR-26a-1)
- miRNA 26a resides in the intron of RBSP3.
- It is concomitantly expressed with RBSP3 during the cell cycle. 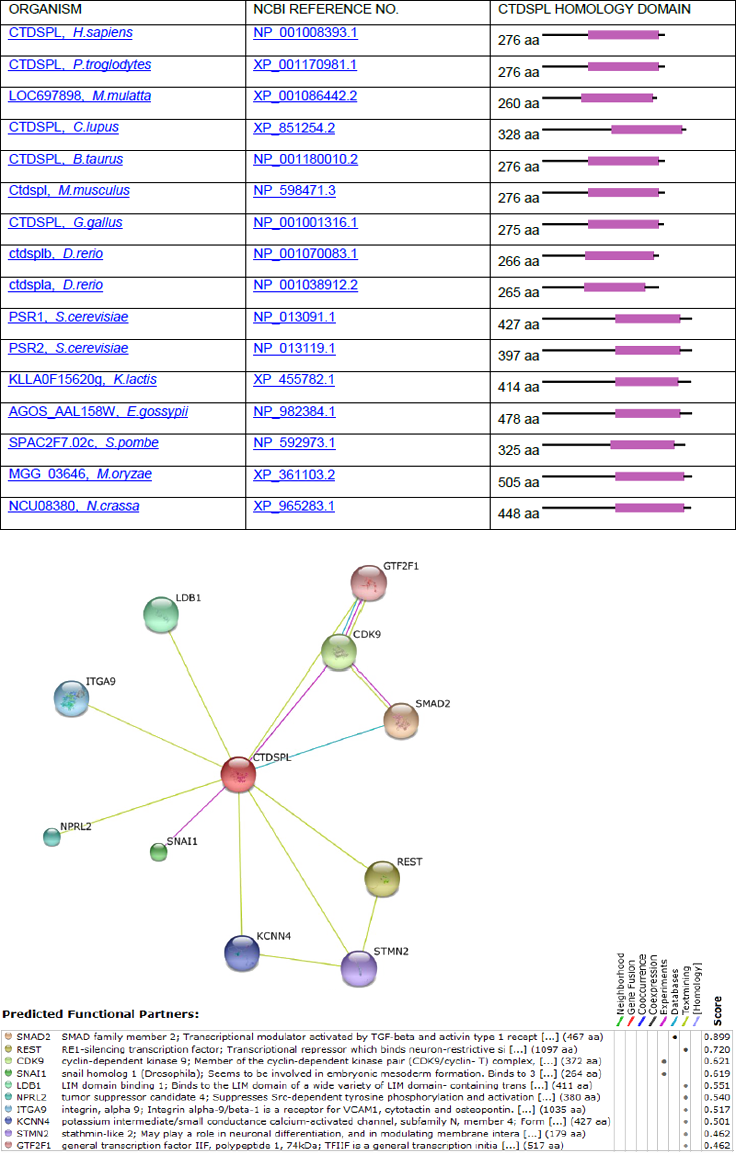 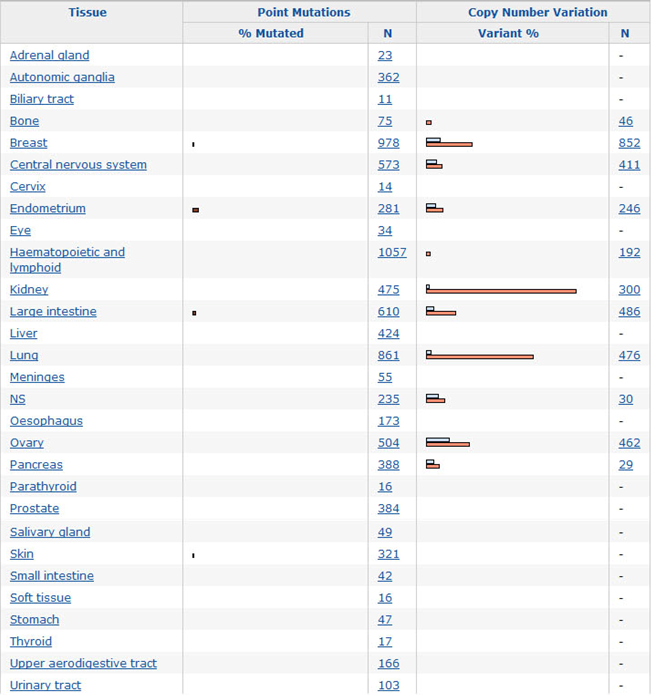