LEGEND
Figure 1. Genomic context of the human HRK gene. HRK is located on chromosome 12 between the RNFT2 and FBXW8 genes. Arrows indicate the 5 to 3 orientation of each gene. Adapted from the NCBI Map Viewer.
LOCUSID
8739
ALIAS
DP5,HARAKIRI 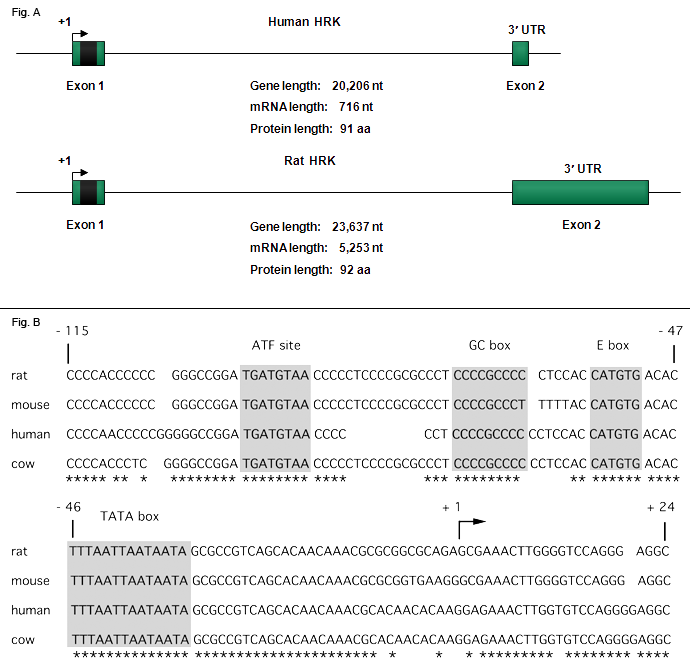 Figure 2. HRK gene and promoter structure.
A. Structure of the HRK gene. The structure of the human and rat HRK genes is shown. The HRK gene consists of two exons separated by a large intron. The transcriptional start site is indicated as +1 (see panel B for DNA sequence). Exon 1 contains the HRK open reading frame (black box) as well as a small region of the 3 UTR, the remainder of which is in exon 2. Exon 2 is longer in the rat and mouse genes compared to Exon 2 in human HRK. The human HRK transcript is 716 nucleotides long (Inohara et al., 1997) whereas the rat HRK transcript is 5253 nucleotides long due to the larger size of Exon 2 (Imaizumi et al., 1997).
B. HRK promoter sequence. Alignment of the promoter sequences for the rat, mouse, human and cow HRK genes. Shaded regions indicate a conserved ATF site, a GC box, an E box and a TATA box. * represent bases conserved in all four species. Overall, 80% of the nucleotides are conserved. The transcriptional start site of the rat HRK gene determined by 5 RACE is indicated as +1, together with the direction of transcription (Towers et al., 2009). The HRK promoter has a similar structure in the four species except that there is a 10 bp deletion between the ATF site and putative GC box in the human gene, compared to the other species. Adapted from Figure 3 in Towers et al. (2009).

The human HRK gene spans 20206 bases, telomere to centromere orientation. Exon 2, which encodes the 3 UTR of the HRK mRNA, is much longer in the mouse and rat genes compared to human HRK (see Figure 2A). In the three species only one major transcript encoding a single protein isoform has been described.

In northern blotting experiments with RNA from human tissues, it was reported that the HRK transcript was detected in spleen, lymph nodes, thymus, bone marrow and appendix (Inohara et al., 1997). However, in the rat and mouse the expression of the HRK transcript is much more restricted and HRK is detected in the brain but not the spleen, thymus, bone marrow, liver, lung, testis, heart, intestine or skeletal muscle (Imaizumi et al., 1997; Coultas et al., 2007).
Based on studies with the rat HRK gene (Ma et al., 2007; Towers et al., 2009), the 1 kb region upstream of exon 1 contains elements important for the control of HRK transcription (Figure 2B). The HRK promoter is GC-rich but contains a conserved block of 14 A/T nucleotides that might function as a TATA box, a conserved E-box, a conserved GC box and a conserved and functionally-important ATF binding site (5-TGATGTAA-3) that binds c-Jun and ATF2 and which is important for the activation of HRK transcription by the JNK pathway following survival factor withdrawal in neurons (Ma et al., 2007; Towers et al., 2009) or exposure to pro-inflammatory cytokines in pancreatic beta-cells (Gurzov et al., 2009).

There are no known pseudogenes for HRK.

HRK is a non-nuclear intracellular protein (Inohara et al., 1997). Flag-tagged HRK co-localizes with MitoTracker in transfected COS-7 cells suggesting that HRK predominantly localizes to mitochondria (Sunayama et al., 2004). Studies with a 27 amino acid peptide containing the putative transmembrane domain of HRK indicated that this domain is able to insert into membranes, where it adopts a transmembrane alpha-helical structure (Bernabeu et al., 2007). This suggests that the carboxy terminal region of HRK may insert into the mitochondrial outer membrane.

HRK is a pro-apoptotic BH3-only member of the Bcl-2 protein family. Overexpression of HRK can induce apoptosis in HEK293 cells (Inohara et al., 1997; Imaizumi et al., 1999), rat sympathetic neurons (Imaizumi et al., 1997) and cerebellar granule neurons (Harris and Johnson, 2001). In these cell types HRK/DP5-induced apoptosis is blocked by co-expression of Bcl-2 or Bcl-xL (Inohara et al., 1997; Imaizumi et al., 1997) or by knockout of the endogenous Bax gene (Harris and Johnson, 2001). The HRK protein contains two functional domains: a BH3 domain and a carboxy terminal transmembrane domain (Figure 3). The HRK BH3 domain is related in amino acid sequence to the BH3 domains of other Bcl-2 family proteins and is required for interaction with anti-apoptotic Bcl-2 family proteins, such as Bcl-2 and Bcl-xL, and for cell death induced by overexpression of HRK (Inohara et al., 1997). A detailed study of the binding of BH3-only proteins to anti-apoptotic Bcl-2 family members indicated that HRK binds with high affinity to Bcl-xL, Bcl-w and A1 and with moderate affinity to Bcl-2 and Mcl-1 (Chen et al., 2005). The HRK transmembrane domain is rich in hydrophobic amino acid residues and could mediate the insertion of the HRK carboxy terminus into intracellular membranes, such as the mitrochondrial outer membrane.

The HRK protein is only related to other Bcl-2 family proteins in the short BH3 domain.

No mutations have been described in HRK.

Entity name
Colorectal and gastric cancer
Note
The region around the HRK transcriptional start site was methylated in 36% of colorectal and 32% of gastric cancer cell lines and was closely associated with a loss of HRK expression in those cell lines (Obata et al., 2003; Nakamura et al., 2009). HRK expression was restored by treatment with a methyltransferase inhibitor, 5-aza-deoxycytidine, and further enhanced by addition of the histone deacetylase inhibitor trichostatin A or depsipeptide. The restoration of HRK expression correlated with an induction of apoptosis and enhancement of Adriamycin-induced apoptosis. Expression of other proapoptotic genes, including BAX, BAD, BID, and PUMA, was unaffected by treatment with 5-aza-deoxycytidine. Aberrant methylation of HRK was also frequently detected in primary colorectal cancers that showed methylation of multiple genes.
Disease
Colorectal cancer (bowel cancer) is characterized by neoplasia in the colon, rectum or vermiform appendix. Colorectal cancers start in the lining of the bowel. If left untreated, they can grow into the muscle layers underneath, and then through the bowel wall. Most begin as a small growth on the bowel wall - a colorectal polyp or adenoma. These growths are usually benign, but some develop into cancer over time. Colorectal cancer is the third most commonly diagnosed cancer in the world.
Gastric cancer (stomach cancer) can develop in any part of the stomach and may spread throughout the stomach and to other organs, in particular the oesophagus, lungs, lymph nodes and the liver. Stomach cancer causes about 800000 deaths worldwide per year.
Entity name
Glioblastoma
Note
The region around the HRK transcriptional start site was methylated in 19% of diffuse astrocytomas, in 22% of anaplastic astrocytomas, in 27% of primary glioblastomas, and in 43% of secondary glioblastomas (Nakamaura et al., 2005; Nakamura et al., 2009). HRK expression was significantly reduced in 61% of secondary glioblastomas as compared to other types of tumours, and aberrant methylation was closely associated with loss of expression. Reverse transcription-PCR analysis also demonstrated a clear agreement between reduced HRK protein levels and low or absent HRK transcripts.
Disease
Glioblastoma (WHO grade IV) is the most frequent and most malignant tumour of the human nervous system. Despite advances in surgery and adjuvant therapy, glioblastoma patients still have a very poor prognosis. From a clinical and biological point of view, glioblastomas are divided into two subtypes. Primary or de novo glioblastomas develop rapidly, without clinical or histopathological evidence of less malignant precursor lesions and constitute the majority of diagnosed cases, whereas secondary glioblastoma develops more slowly and progressively from low-grade diffuse (WHO grade II) or anaplastic (WHO grade III) astrocytoma.