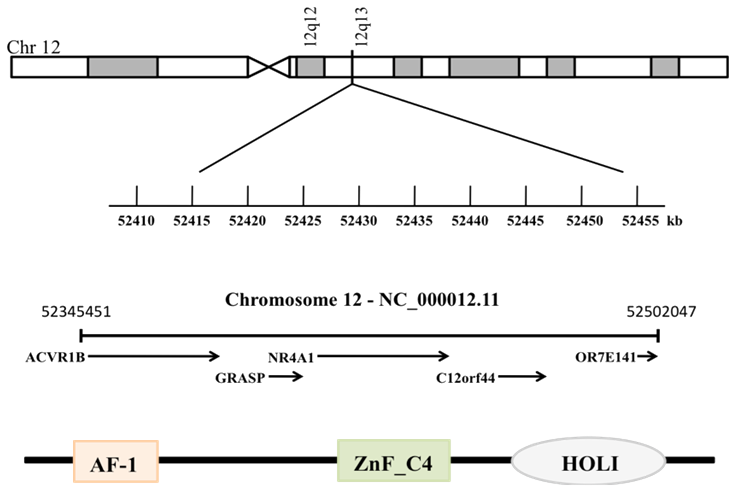 Schematic diagram of NR4A1 showing its location on chromosome 12, its orientation relative to surrounding genes, and the three key functional domains of the protein.

NR4A1 is a nuclear hormone receptor that is activated by association with its ligand to move into the nucleus. For example, in response to n-Butylidenephthalide induced cell death signals, NR4A1 translocates into mitochondria to enhance apoptosis (Chen et al., 2008; Liu et al., 2012).

No single site, nonsense or frameshift mutations in NR4A1 have been associated with cancer and/or disease in humans, but disruption of NR4A1 in mice by insertion of the neomycin resistance gene in exon 2 leads to development of acute myeloid leukemia (Mullican et al., 2007).