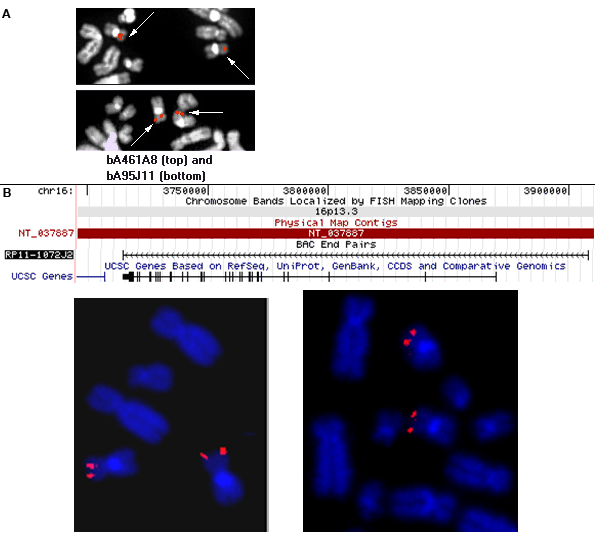 The gene spans about 155 kb; transcription from centromere to telomere, number of exons: 31.

Binds specifically to phosphorylated CREB and enhances its transcriptional activity toward cAMP-responsive genes;
Acts as transcription co-activator by: i) enabling the interaction between different TF and RNAPolII complexes, ii) serving as molecular scaffold that brings enzymes to the promoter, iii) remodelling the chromatin favouring the open status, by histone and non-histone proteins acetylation.
Essential role in embryogenesis, cell differentiation, apoptosis, and proliferation;
Involved in the regulation of cell cycle during G1/S transition. 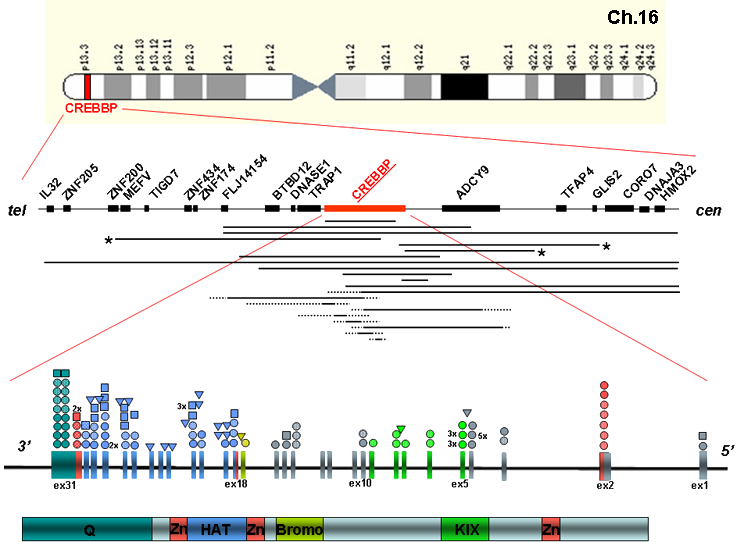 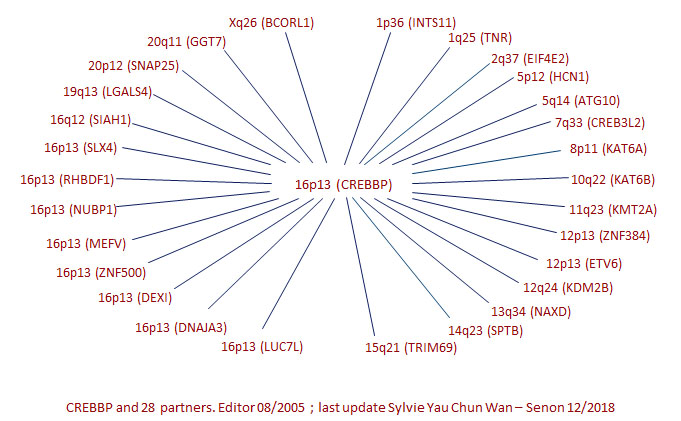 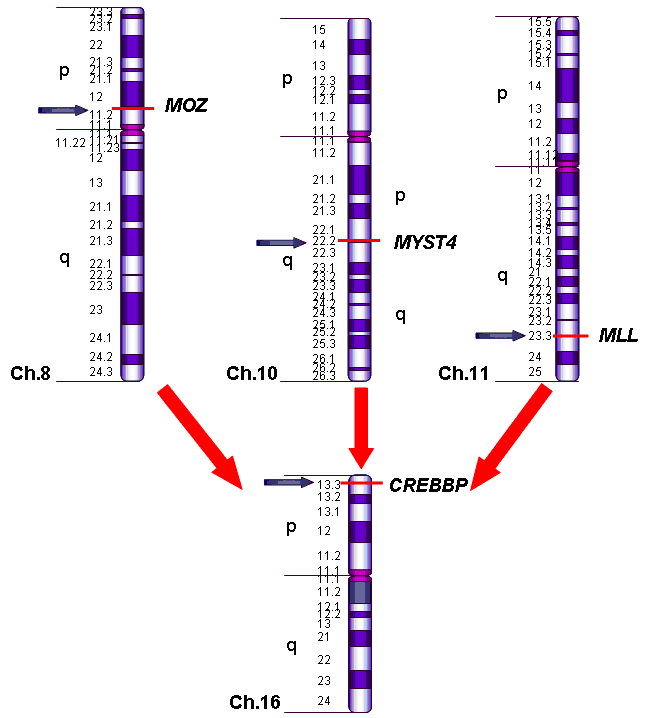