According to Ensembl Genome Browser, human Fbln5 gene locates on Chromosome 14q between region 92335756 and 92414331. This gene has 9 splicing variants transcriptionally. The only one with known protein function has 11 exons and 1347 nucleotides. 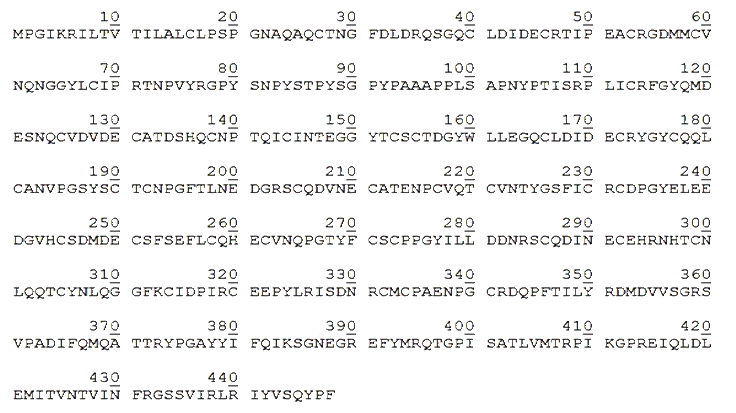 Fibulin-5 is a secreted protein belonging to the fibulin family. It contains 448 amino acids with an approximate 66-Kda molecular weight. It is mainly produced and secreted by endothelial cells, smooth muscle cells and fibroblasts (Yanagisawa et al., 2009). It has six calcium-binding epidermal growth factor (cb EGF)-like domains, the first one of which contains a RGD motif responsible for cell surface integrin binding.

Schematic drawing of Fibulin-5 protein. It contains an evolutionally conserved RGD sequence in the first CB-EGF-like (Calcium Binding-Epidermal Growth Factor-like) motif and a fibulin module in the C-terminus of the protein. 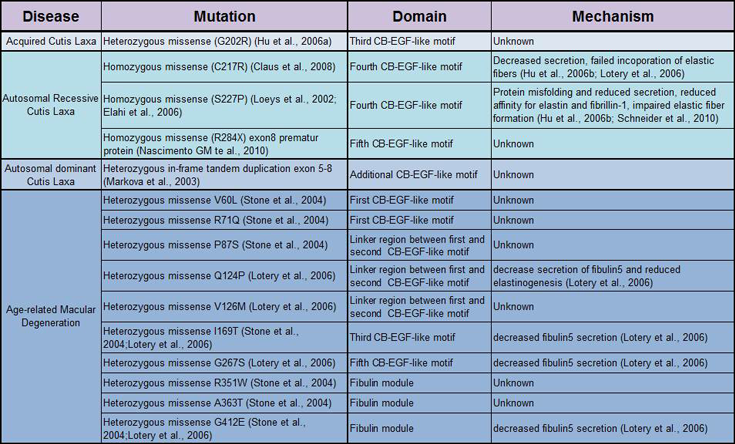