The human Siah1 gene is composed of 2 exons, separated by an intron of roughly 14,5 kb. 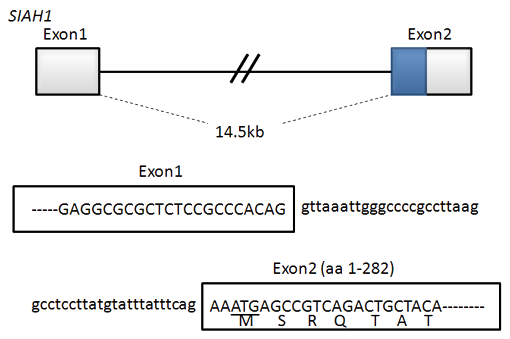 One pseudogene has been reported.

Siah1 mRNA is widely expressed in the human tissues. It is expressed at higher level in placenta, skeletal muscle and testis.

Siah1 protein can be localized in both cytoplasm and nucleus.

There is limited evidence for mutation, with only one report of a low frequency of inactivating mutations in gastric cancer (Kim et al., 2004).